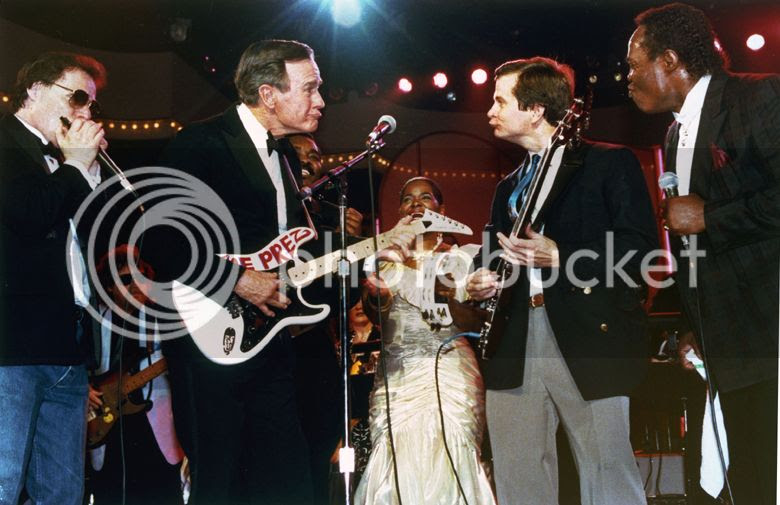 Back in 1989 during the inauguration party of President George Bush (the first), the news organizations snapped this picture of the president-elect and political strategist Lee Atwater, "jamming" onstage. Bush was slinging a guitar custom-painted for the occasion and the press ate it up.

The guitar is on exhibit right now at the Newseum in Washington DC, as part of the "Every Four Years" exhibit, looking at media coverage of the presidential elections.  Specifically, it is an inexpensive Epiphone Strat clone from around 1988 - most likely an S-310 - and is pretty much stock, with its laminated alder body, hockeystick neck, ivory finish, low-grade hardware and maple fingerboard. In truth, it probably wouldn't receive two glances on eBay or Craigslist today, except for the fact it was the guitar worn (but not really played) by "The Prez" a little over 20 years ago. 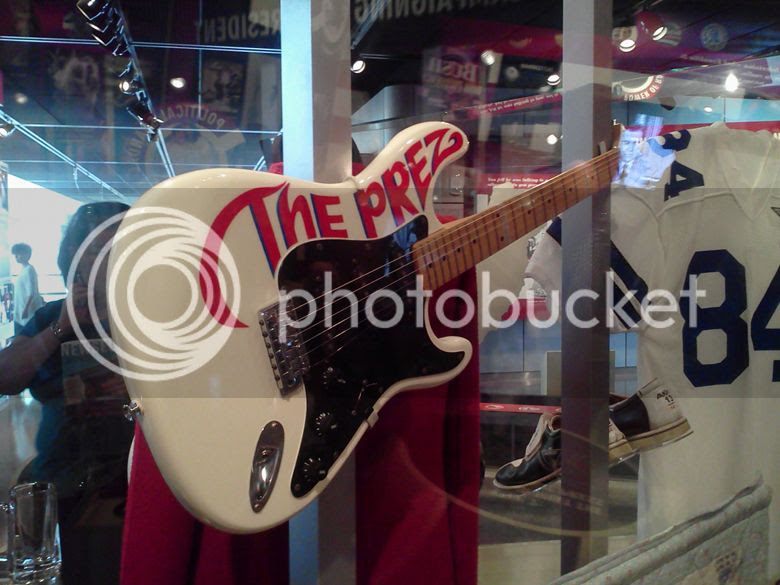 As an aside, the Newseum is a pretty cool place to visit for anyone coming through D.C.  Look it up: www.newseum.com