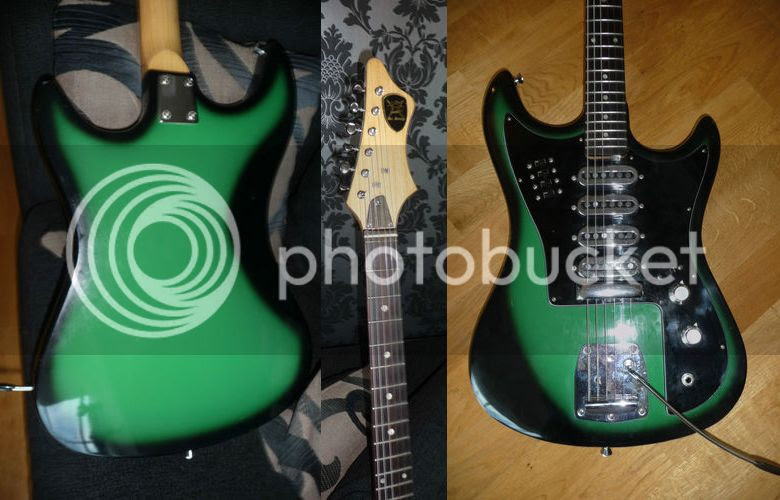 The St George brand was created for the St George music stores which had branches in Hollywood and New York in the 1960s, although the guitars themselves came from a number of sources. Some were imported from Japan having been manufactured by the Shiro Musical Instrument Manufacturing company, whilst other St George badged guitars were built by Paul Barth (known also for his Bartell guitars) in Riverside, California.

The St George guitar in greenburst finish pictured here is one of the former Made In Japan guitars and is currently being offered for sale on eBay UK with a starting price of £600. The condition appears to be excellent; it's as if the guitar has been in storage for the last 40+ years. Note the four Burns-like pickups and the Jaguar/Jazzmaster style vibrato beyond the bridge. I'd imagine this guitar would be something of a surf monster!