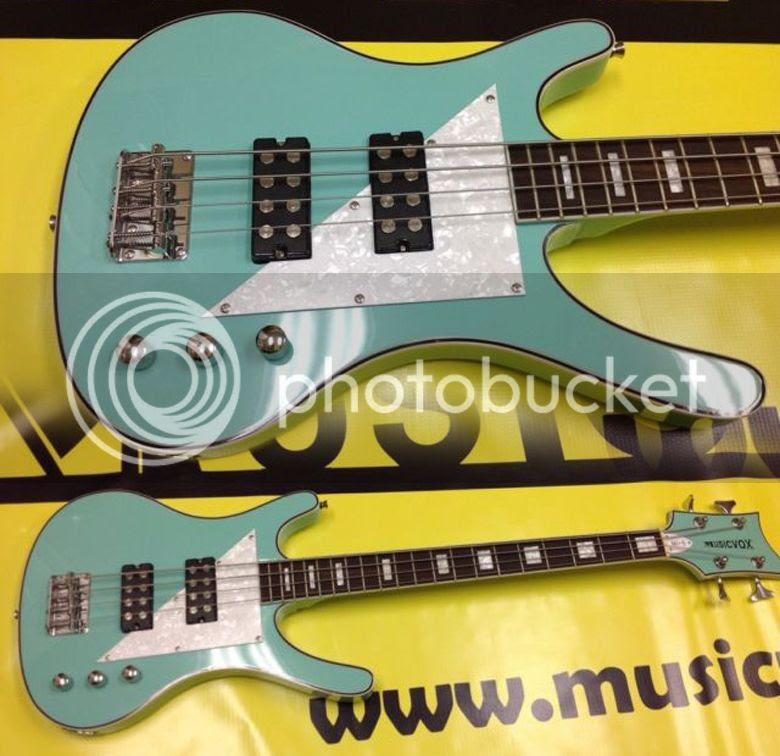 We're big fans of Musicvox guitars here on Guitarz; they're modern high quality highly-playable guitars with a certain retro quirkiness to them. The company was recently re-launched after a brief hiatus, and have introduced several new models including the MI-5 series. This particular Musicvox MI-5 Bass is actually a pre-production model (I guess that's the same as a prototype) and is a one-off featuring a seafoam green finish and alternate control layout to the production version. It's worth following Musicvox's eBay auctions as they have been selling a number of one-off future rarities.

Currently listed on eBay with a Buy It Now price of $899.