1960s Rosetti Bass 7 by Egmond Guitars of The Netherlands 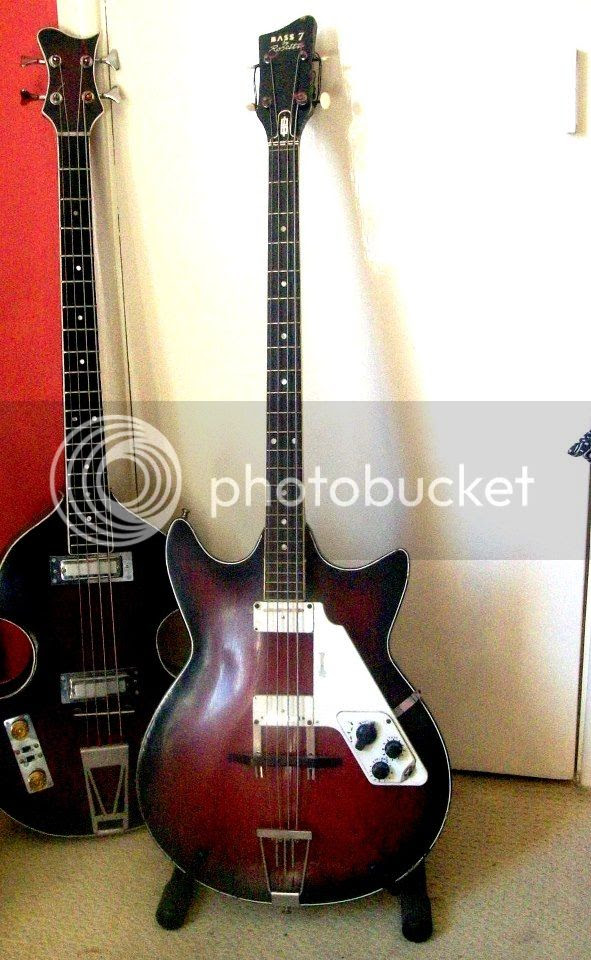 
Can any one shed a little light on this Bass 7 by Rosetti made by Egmond? My friend found it at the back of a garage while cleaning it out, I've tried but have had little result in finding out much about it, so now I am asking the experts.

Well, we're not really experts, just enthusiasts and we are learning more and more about guitars every day. You have already correctly identified the bass as an Egmond Bass 7 despite the Rosetti brandname. Rosetti were - and still are - a UK-based musical instrument distributor.

The Egmond Bass 7 dates (at least as far back) to 1961 when Egmond opened their new factory in Best, The Netherlands. It was part of Egmond's "7" series which also included the Lucky 7 and Solid 7 guitars. In fact, the Bass 7 could be considered the bass version of the Solid 7. Paul McCartney's first "bass" was actually an Egmond Solid 7 guitar strung with piano strings - maybe he didn't realise that they actually produced the Bass 7. (Speaking of Paul McCartney, we notice that the bass in the photo has also been strung for a left-handed player).

Despite the "Solid" name, all these guitars were actually hollow-bodied, but with only the Lucky 7 having f-holes to indicate its hollow-body status. Furthermore, these instruments did not have truss rods so any movement or twisting of the neck would be difficult to correct. This may well be part of the reason we don't see so many of these Egmonds these days - if the neck twisted or bowed it would be useless and the guitar may well end up being binned.

For further information please see www.egmondguitars.nl and www.egmond.se - I sometimes wonder what we would do for information if it wasn't for fan sites like these!