Burns Bandit from the 1980s with odd-shaped body & pushbutton switches 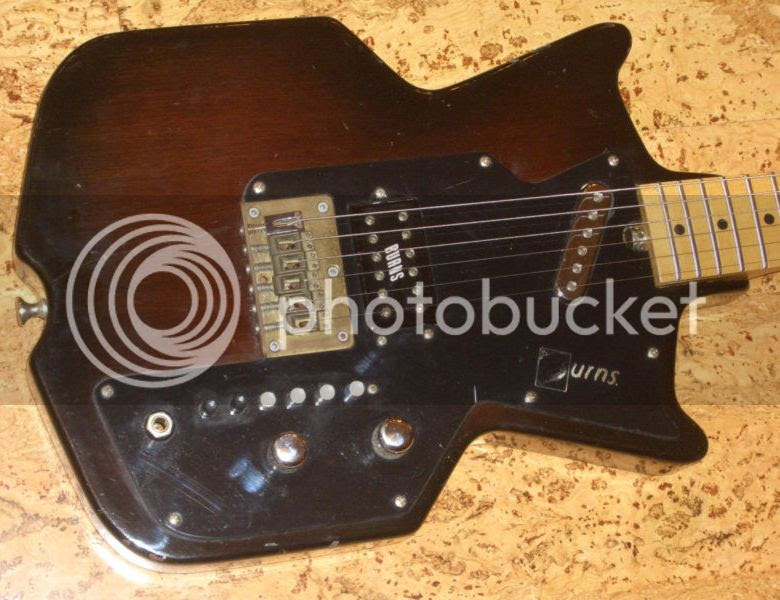 The Burns Bandit is a model that I was previously unaware of. According to Burns Guitar Museum website the Bandit is from the 1980s and the general design and pushbutton selector switches would seem to support this. As such it would be a product of Jim Burns Actualizers Ltd, one of many guitar-making companies associated with Jim Burns and the Burns name. Jim Burns Actualizers Ltd lasted a mere four years from 1979 to 1983 and produced guitars such as the Steer and the Scorpion. 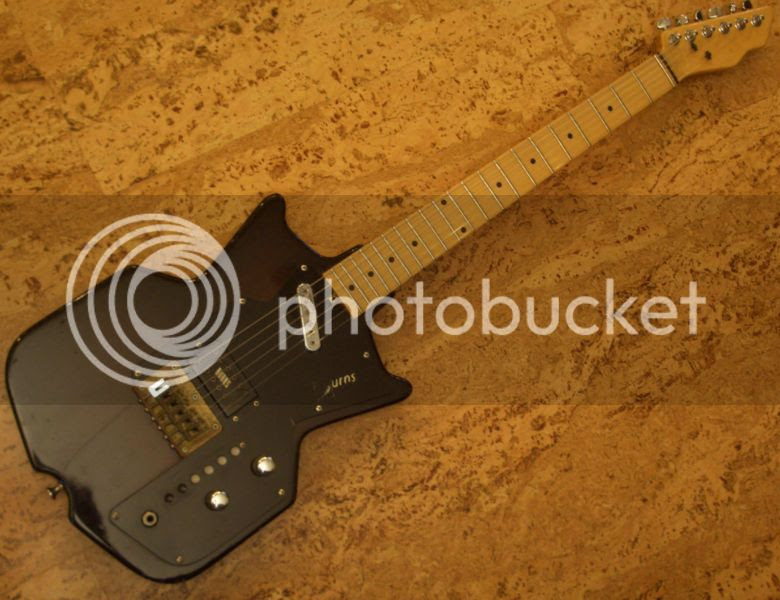 This example is currently being auctioned on eBay from a seller based in Indianapolis, and has a low low starting price, so it'll be interesting to see what it sells for.