Some information on the Wotan guitar we featured back in February 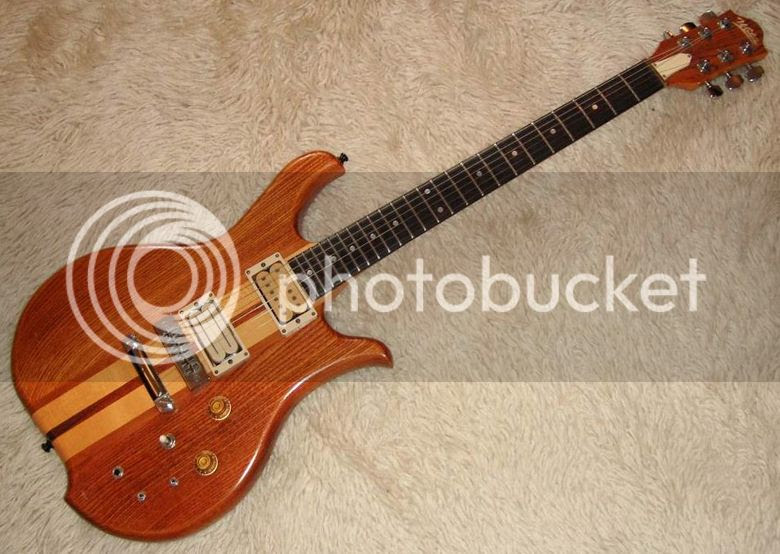 Further to this blog post from February in which I asked if anyone had ever heard of the Wotan guitar brand, we received the following in the comments:


I'm KAMEL CHENAOUY, French luthier. I designed this guitar in 1978 (the guitar shown on the blog is a copy). It's true, it is an inspiration between BC-Rich (who was a very close friend) and Alembic. I was the french importer of these 2 brands, and it was the trend of the thruneck at that time. The original ones (mine) including bass model were made in Japan. I have put on the french market this design during less than 2 years under my brand: APEX GUITARS, and anyway before begining of the 80s. It was just a transition guitar because it was not really corresponding to my way of design. In fact, I had already my own original models, and because the demand was very high, I could not follow it. So, I stopped everything, put on the market this design just to keep my brand in the people mind and during that time, I re-designed my original models and increased the line by new models, then I made the protos and gave to Kasuga (Fernandes) which had the production capacity. few months after, I started the distribution of my new line and stopped the model you show here. With Kasuga production capacity, I was able to sell about 200 units per month. Life duration on the market was about 12 years and more than 8000 pcs were sold. My guitars were famous and today many collectors are addicts of them. The most successful model was the PROGRAM 2000 a futuristic design including a memory, a personal invention which I started the study in 1978 and patented after, and then exibited on the market in 1980. I'm still designing guitars and still building orginal guitars. Hope this info is useful for the blog.

I confess I'm still a little unclear about where "Wotan" comes into the picture; where he says the pictured guitar is a "copy" does that mean it's a copy of his design, or is he referring to his own design as a "copy" because it's Japanese-made. Sorry, I got a little confused there? (Anyone make better sense of it? Maybe I'm having a slow day.) Nevertheless it's good to hear from the original designer.