Defil Kosmos - a 1980s Polish take on the Gibson Moderne 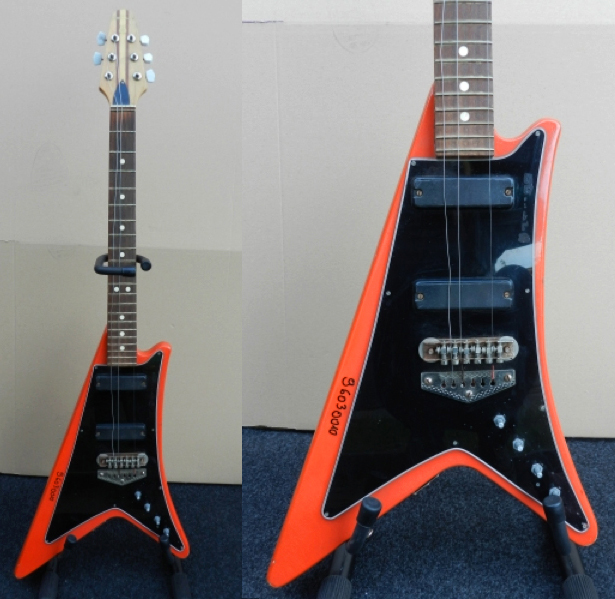 I've always liked the story behind the Defil Kosmos. As you can see its body copies the mythical Gibson Moderne, a model conceived in 1958 together with the Flying V and the Explorer, but discarded as too radical...

It's not clear if the Kosmos was released before or after the 1982 Moderne limited reissue (or first issue, it depends on if the 3 Modernes built in 1958 and lost since can be considered as a first edition) - information I could find are contradictory, but if they were pre-1982 they are the first real incarnation in the real world of this cool design!

If they were post-1982, since there was no chance for a 1980s eastern-european musician to put his hands on a Gibson limited edition, copying it was no real infringement, more an homage! And the Kosmos was a really successful model amongst communist metalheads! 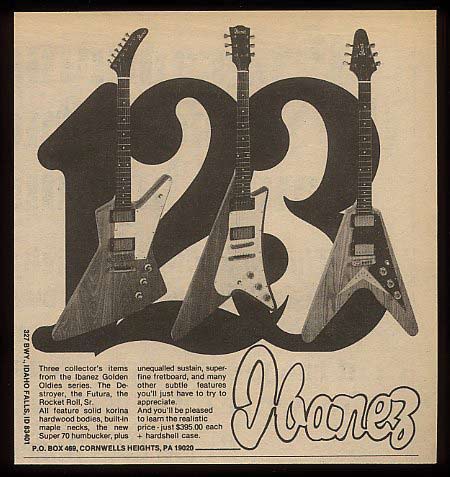 EDIT: A contemporary or even earlier copy by Ibanez released in the mid 1970s was brought to my attention by our knowledgeable readers - not the only Gibson copy of the time as you can see here...