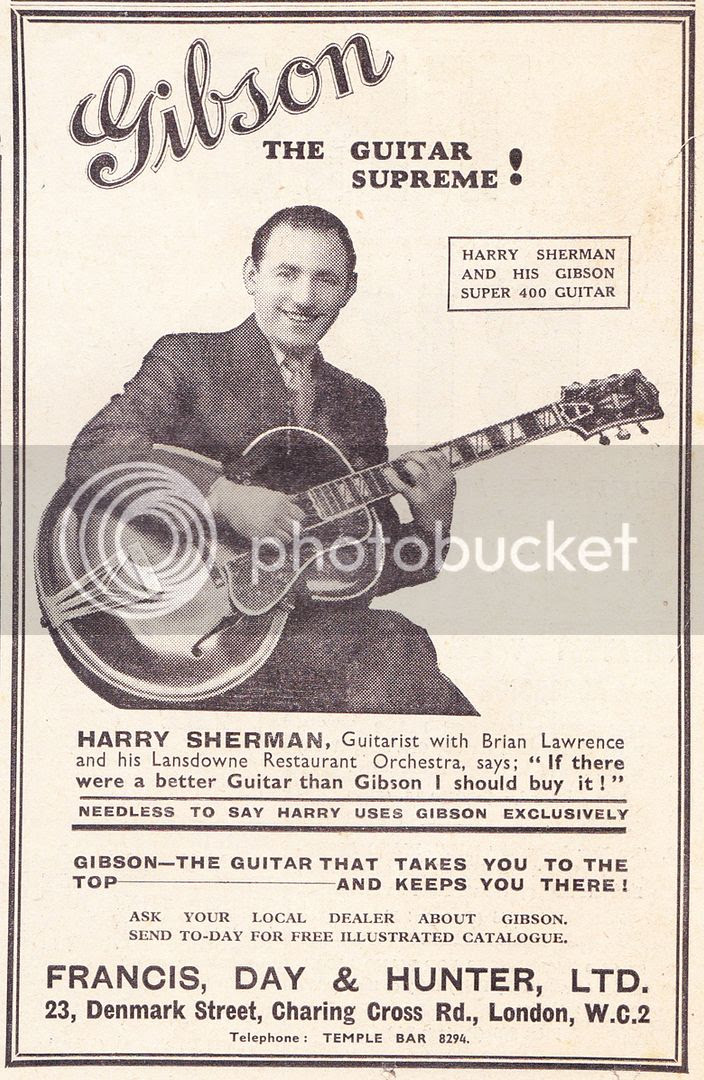 I was looking at a 1936 copy of Melody Maker where I saw this ad, and knew I just had to share it with you guys. The guitarist in the ad is Harry Sherman, guitarist with Brian Lawrence and his Lansdowne Restaurant Orchestra, and he is seen here playing a Gibson Super 400 guitar.

The Gibson Super 400 was introduced just two years earlier in 1934 and was named after its price, as it originally sold for $400.

So of course, that set me wondering what a 1936 Gibson Super 400 might be worth today. Ebay UK offered up the following example from that year:
This particular Gibson Super 400 belonged to Maurice Goodearl, who as well as being known in his own right also played guitar for Glenn Miller. This guitar is being offered with a Buy It Now price of £18,000 (approx US $26,575 at the time of writing) although note that this does include other memorabilia, photos, documents, original case, plus the pickup installed on the guitar and Maurice Goodearl's monogrammed (but no longer functioning) Gibson amp.

© 2015, Guitarz - The Original Guitar Blog - the blog that goes all the way to 11!
Please read our photo and content policy.
Posted by Gavin Lloyd Wilson at 8:00 am