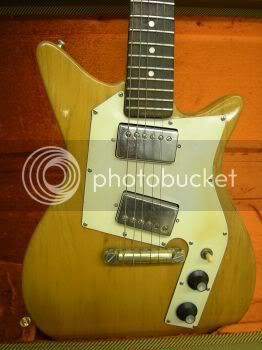 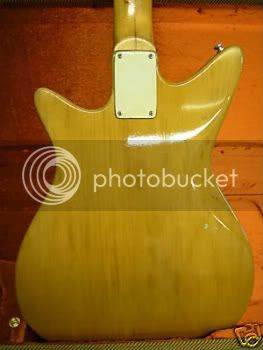 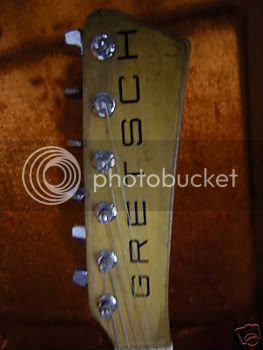 Now, I know that Gretsch always have offered solid body guitars but the very name usually conjures up images of large-bodied semi-acoustics equipped with Bigsbys and having names like Country Gentleman or White Falcon.

The above rather meekly-named Gretsch TK-300 which sold on eBay recently is one solid body Gretsch I've not seen before and design-wise is quite unlike what you would expect from that company. I have to say, I really like it! I like the odd angles of the pickups and scratchplate. The headstock is pretty wacky looking too! My guess is that it was probably a "student" instrument. It's probably quite a rarity too, but seeing as it sold for $725 it obviously doesn't command the big bucks that the more famous Gretsch guitars do.
Posted by Gavin Lloyd Wilson at 2:51 pm