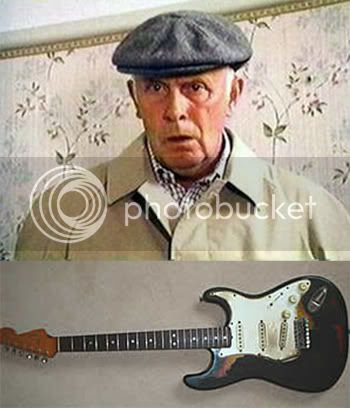 I think I spoke too soon.

When commenting, only last week, on the supposed new Hendrix album that had been discovered, I joked that "...it makes a change from yet another Jimi Hendrix guitar being found and put up for auction, doesn't it?"

And then along comes THIS.

It looks a bit charred, doesn't it? This Strat is said to be one that Hendrix set alight during a performance in 1967 at the London Astoria, although given its ordeal it appears to be in remarkably good nick.

Will it fetch the expected $1million? We shall wait and see.

Credit where credit's due: story via Strat-O-Blogster.