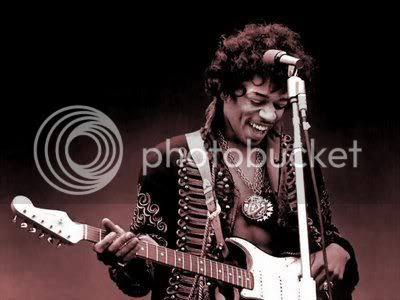 Digital Spy reports that a long lost and forgotten Jimi Hendrix album, recorded with Stephen Stills, has been found.

The album, which Stills allegedly "forgot about" (What?!?!?) soon after recording it 30 years ago, is being prepared for release by his bandmate Graham Nash.

Hey, it makes a change from yet another Jimi Hendrix guitar being found and put up for auction, doesn't it? Joking aside, I'm really looking forward to hearing this release.
Posted by Gavin Lloyd Wilson at 10:22 am