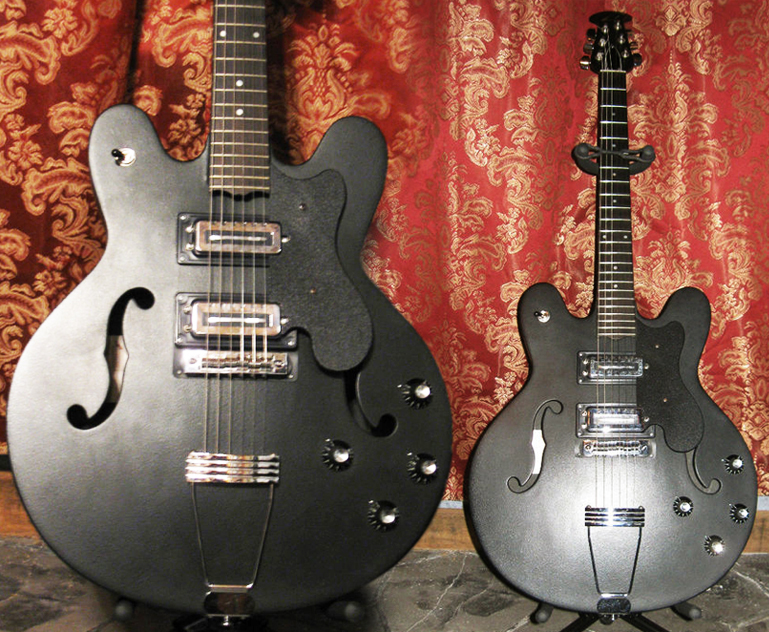 This excessively cool ES-335 style Ovation Eclipse has an interesting story (it it's a true one). It belongs to the late 1960s Storms series - the Tornado model being the most famous of them - whose bodies were actually made by Höfner in Germany. It seems that once they received a batch of bodies with painting problems, but all they had to refinish them was the Lyrachord they used to mold the round bodies of their acoustic guitars (I have this finish on my Breadwinner, it's great!)

That was a good starting point, add to this Höfner 513B blade pickups, classy chrome hardware, a bizarre pickguard and you have this dream guitar, that doesn't look like a 40-year vintage grandma but something Ellen Ripley could have used to smash a Xenomorph with. This guitar was a very short series, like just a few hundred items around 1970, and if there was fairness in this universe, one of them would be mine...