OK, it's the 11th November 2011, that is 11/11/11, and as such today has been designated Nigel Tufnel Day. To celebrate this day of Maximum Elevenness, we here at Guitarz - for this day only - will be posting an unprecedented ELEVEN blog posts! So, keep tuned throughout the day for eleven weird and wonderful guitars! 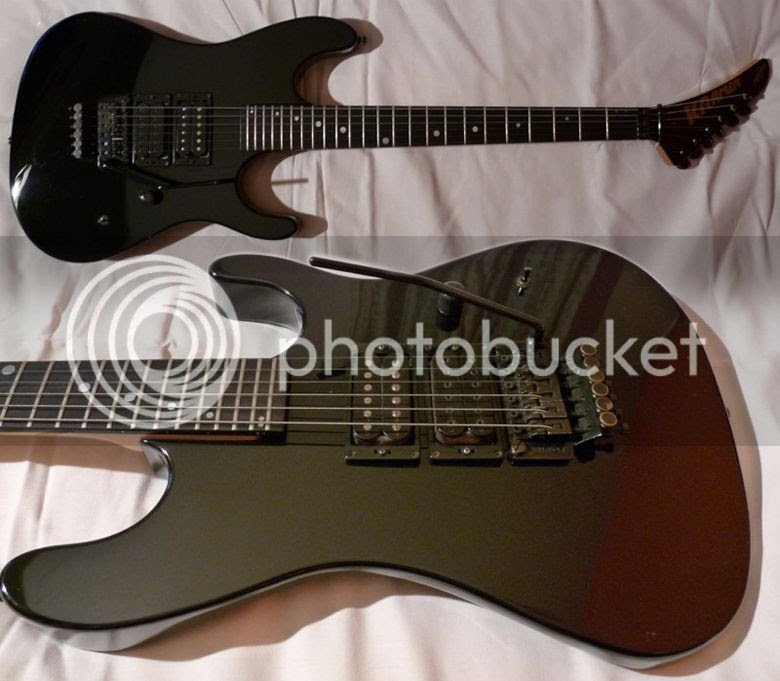 Here's a guitar that I'm sure Nigel Tufnel would enjoy rocking out on. For many a Kramer collector the Kramer Nightswan is considered the Holy Grail. Quite why, it's hard for a non-Kramer collector to tell, but I'm told that these guitars are amazing players. On first impressions it's just another Superstrat, but you'll notice that the two humbuckers have a treble bias being positioned in the middle and at the bridge. The lower cutaway is also extended so that access to the top frets on the 24-fret neck is unhindered. Also in its favour is that it is a genuine Made in the USA guitar, and hasn't just been thrown together in the Far East.

It is what it is. A no-nonsense guitar built to widdle.

This particular example is located in France and is currently listed on eBay with a Buy It Now price of €1690.