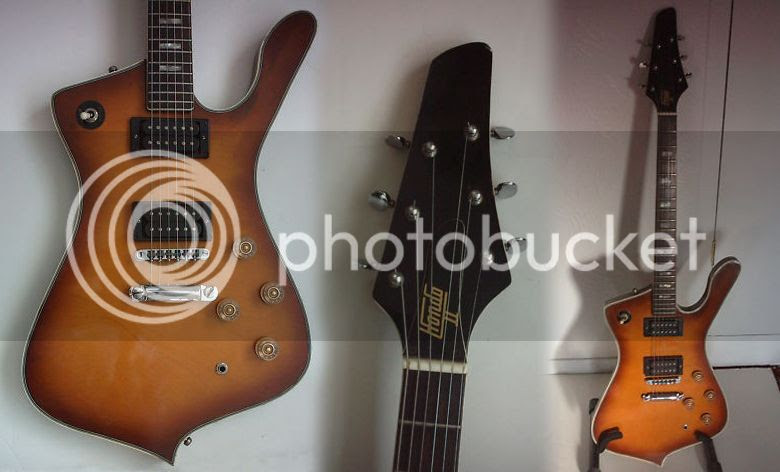 Despite the glowing write-ups in certain eBay listings that I've seen, Hondo guitars have a dreadful reputation, and I've heard many an ex-owner complain that they were cheap and nasty - and often unplayable - copies. Judging by this Hondo copy of an Ibanez Iceman, they weren't very accurate copies either. Look at the shape of that thing - that curvy lower is slightly reminiscent of a Musicvox Spaceranger. I'm also aware of the irony of an Ibanez Iceman copy, when before the Iceman, Ibanez were copyists themselves.

So, any Hondo owners or ex-owners out there? Were they really all that bad?