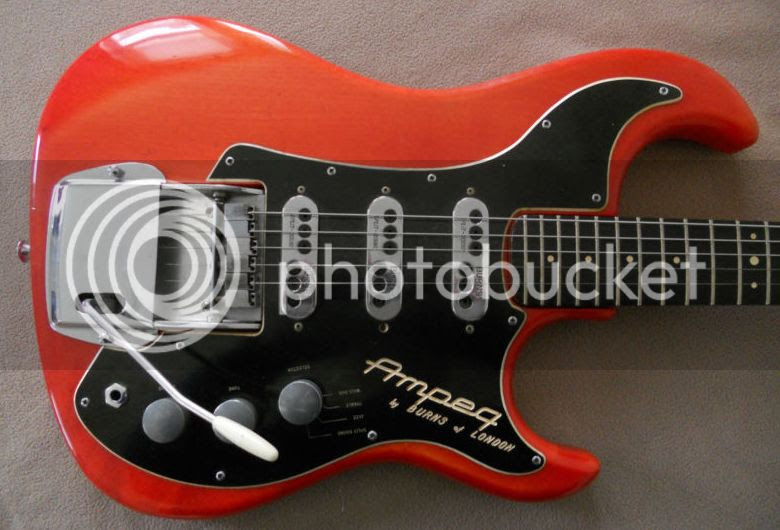 Here's another familiar-looking guitar with an unfamiliar logo on it. This 1963 Ampeg guitar is a re-branded Burns of London Jazz Splitsound (although to be perfectly fair, the logo does say "Ampeg by Burns of London").

Ampeg, known mainly for their amplification, have made various attempts over the years to market their own brand guitars and basses; this guitar is from their first attempt in 1963 when they imported British-made Burns Splitsound, Nu-Sonic, Split Sonic and TR_2 guitars complete with their own branding. We don't have records of how many such instruments were involved, but the Ampeg/Burns union only lasted a year in which time the guitars didn't sell particularly well. The eBay seller tells us that the transparent red finish on this example makes this guitar even rarer as most Ampeg/Burns guitars were finished in tobacco burst.

Currently listed on eBay UK with a starting price of £1,050.