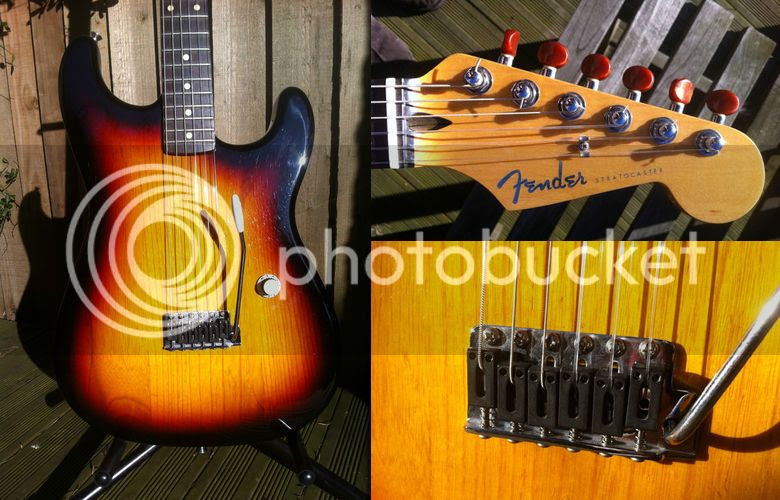 Here's another apparently "pickup-less" solidbody, this time it's a Fender Stratocaster Classical from Fender Japan. It's equipped with piezo pickups in the bridge saddles and is strung with nylon strings. I'm really curious to know what those nylon strings sound like with the Strat tremolo. It's not something that classical guitar usually calls for, although I doubt this would be used for playing classical guitar upon anyway. It's more an instrument for the rock guitarist who's after the nylon strung sound for certain particular songs.

The seller thinks this may be a one-off or a prototype, although I think this is doubtful. It's most likely a Fender Japan model that was not made for export outside of Japan.