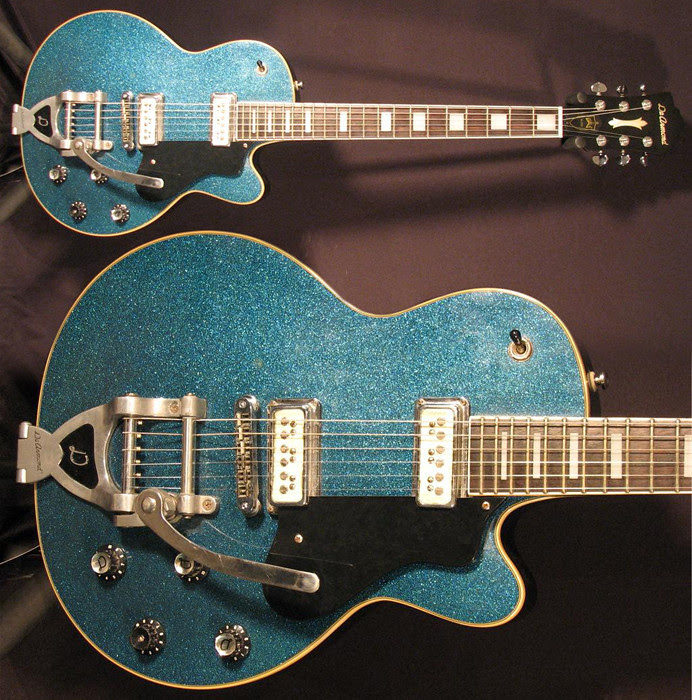 The seller of this DeArmond M-75T on eBay doesn't tell its production year but from its price it's not a vintage instrument from the first DeArmond guitars era - when in the 60s Guild had some of its models produced in Korea under the DeArmond brand (DeArmond being until then Guild's and many other companies' pickups manufacturer). So it's a recent model by the new DeArmond revived by Fender in the 90s, again producing cheaper Guild models.

But according to the company's philosophy, it's supposed to be a faithful reproduction of the early Guild's guitars, here the Bluesbird, with chambered agathis body, DeArmond 2K pickup, Bigsby-like but specific trem, and blue sparkle finish.