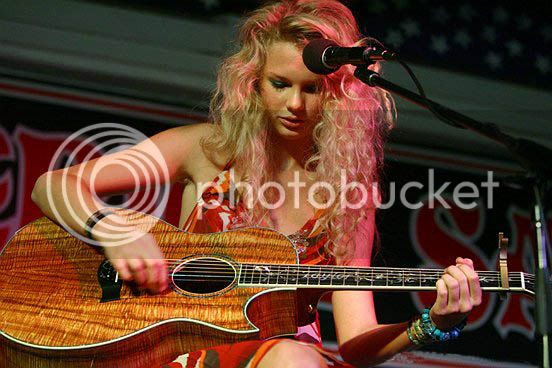 In the world of country, where acoustic instruments have ruled for decades, electric guitar, mandolin and banjo are inching their way into this predominantly unplugged arena that frowns upon change. Since the seventies, bands such as Lynyrd Skynyrd and the Allman Brothers have ridden the line between country and rock, creating their own type of sound that caught on like wildfire by using electric instruments. This sound influenced country's rebels like Waylon Jennings and Jessi Coulter, angering many country fans while creating a brand new breed of music and followers.

Ticking Off the Old Timers

Some of the country music elders have been outraged by artists like Shania Twain for her use of electric guitar, overproduction and a sound that wasn't considered "country” thanks to her (at the time) husband, Mutt Lange, who produced albums for groups such as Def Leppard and AC/DC. Mutt and Shania fused her country sound with electric instruments and a belly-baring rockin' look that exploded up the charts and sold out stadiums around the world. Reigniting country brought millions of new fans into a world that had become stagnant and paved the way for newcomers who wanted to incorporate electric instruments into their music but were too afraid to be shot down.

Just as electric guitar has made its mark on country, eighties metal hair bands were also influenced by country's acoustic sound and the effect that a simple acoustic guitar and a microphone had on their audience. Poison's "Every Rose has its Thorn” and dozens of other metal bands had their signature acoustic song that made them millions and brought tears to their fans.

Other top bands in their own right like ZZ Top and Heart, have just recently been embraced by country's hottest rising stars, expanding country's acoustic sound into a whole new arena of electric instruments. Taylor Swift who was featured on CMT's Crossroads with Def Leppard is a great example of why country rock is hotter than ever thanks to a little electricity!

Bio: Alexis Bonari is a freelance writer and blog junkie. She is currently a resident blogger at onlinedegrees.org, researching areas of online degree programs. In her spare time, she enjoys square-foot gardening, swimming, and avoiding her laptop.

Guitarz - The Original Guitar Blog - now in its 9th year!
Posted by Gavin Lloyd Wilson at 12:31 am