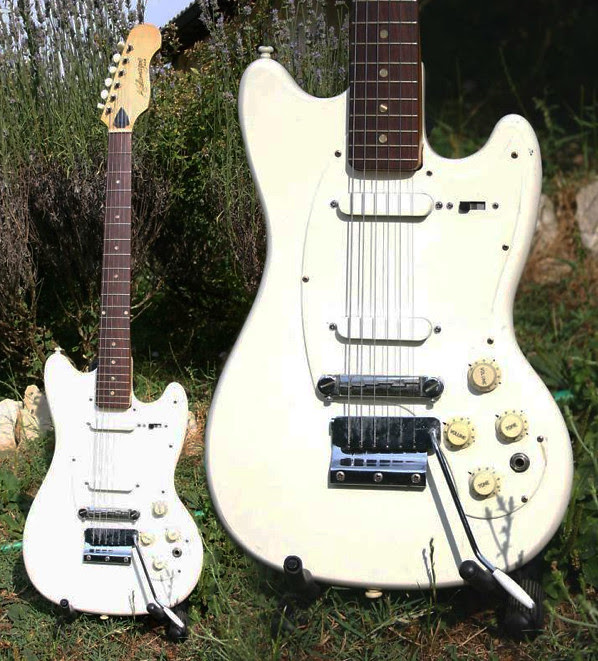 Here is the Gibson Kalamazoo KG2, Gibson's response to Fender's Mustang at a time when the two dominant companies didn't yet carefully split the market. And it is probably the most Fender model produced by Gibson ever, not only by its design but with the single coils pickups, bolt neck, 6-in line tuners, tremolo (though it's a very Gibson short Vibrola trem with  Tune-o-matic bridge).

Kalamazoo was a short-lived budget line released by Gibson in the late 60s - there was two models, this one and a SG-style one, each with one or two pickups (KG1 & KG2) and with 2 different scales (both short), with bodies made of artificial wood (MDF) and cheap gear.

And this one has the serial number 00001 - it can interest collectors...