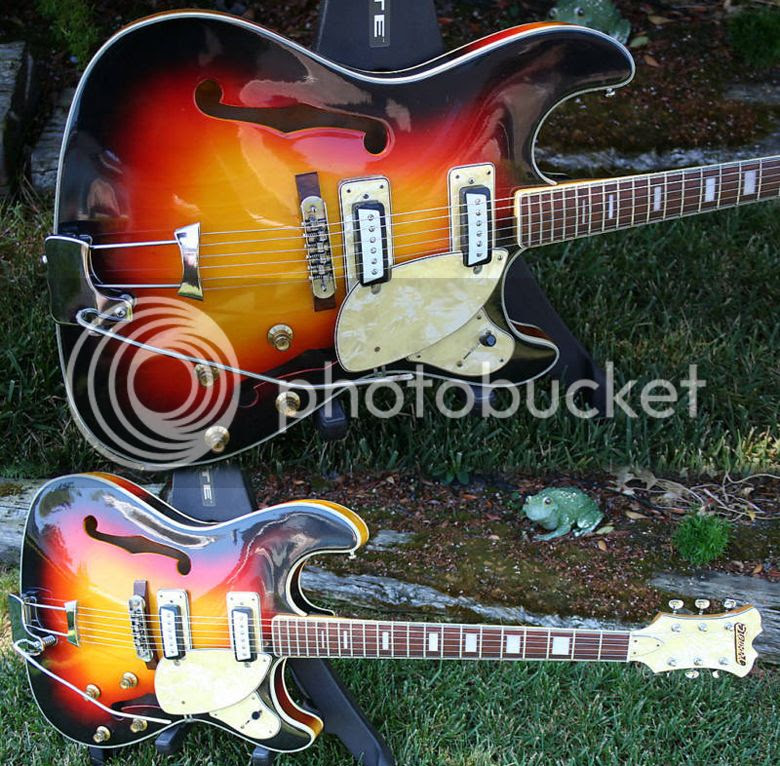 This Stewart-branded semi-hollowbody caught my attention on eBay. The body shape has offset double cutaways like a Strat rather than the more usual 335 shape aped by many semis.

I wish I could tell you more about this guitar, but I do not have a lot of information to go on. Apparently, when Epiphone was acquired by Gibson's parent company, CMI, in 1957, they shifted production from Philadelphia to Kalamazoo, Michigan. Some of the former employees went on to work for a company called United Code who built guitars with brandnames such as Mansfield, Premier, Defender and Stewart. Possibly this is one of the latter.

But if that is the case, why do I think it looks Japanese? I'm sure I've seen those pickups on vintage Japanese guitars before.

One thing I do know is that it almost certainly isn't the same Stewart Guitars who build the Stowaway - a Strat-a-like that can be dismantled to fit inside a standard-sized briefcase.

If anyone has any more info on this beauty or on Stewart Guitars in general, then please let us know via the comments!