Guitarz reader and guitar enthusiast Jim Hevesy tells us about his Hembry doubleneck:


The double neck was built by Scott Hembry in Washington state. I live in Maryland near Washington DC and I found Scott through another guy on E-bay. I sent Scott what I was looking for and he built it for me. When I would play at church, I never knew what other players I might have so I wanted a 4x6. I was on a Telecaster kick so I wanted to see if he could incorporate a ‘fat’ Tele and a Fender P. I used to have a 1968 Plymouth Barracuda muscle car when I was growing up and I always like the plumb crazy color they had. After talking with Scott we decided on "flip/flop" paint that changes from green to purple depending on the light. He also painted a racing stripe on it for me changing the original "Hemi" to "Hevy" which is what most people call me. I sold a bunch of old stuff I had on e-bay and had this made. It is the fattest Tele I have ever heard (add all that wood and metal and what do you expect?) and plays like a dream. Here are some pics of it. One cool one you will see is the back with a reflection of a giant pine tree from the pacific northwest where it was built. 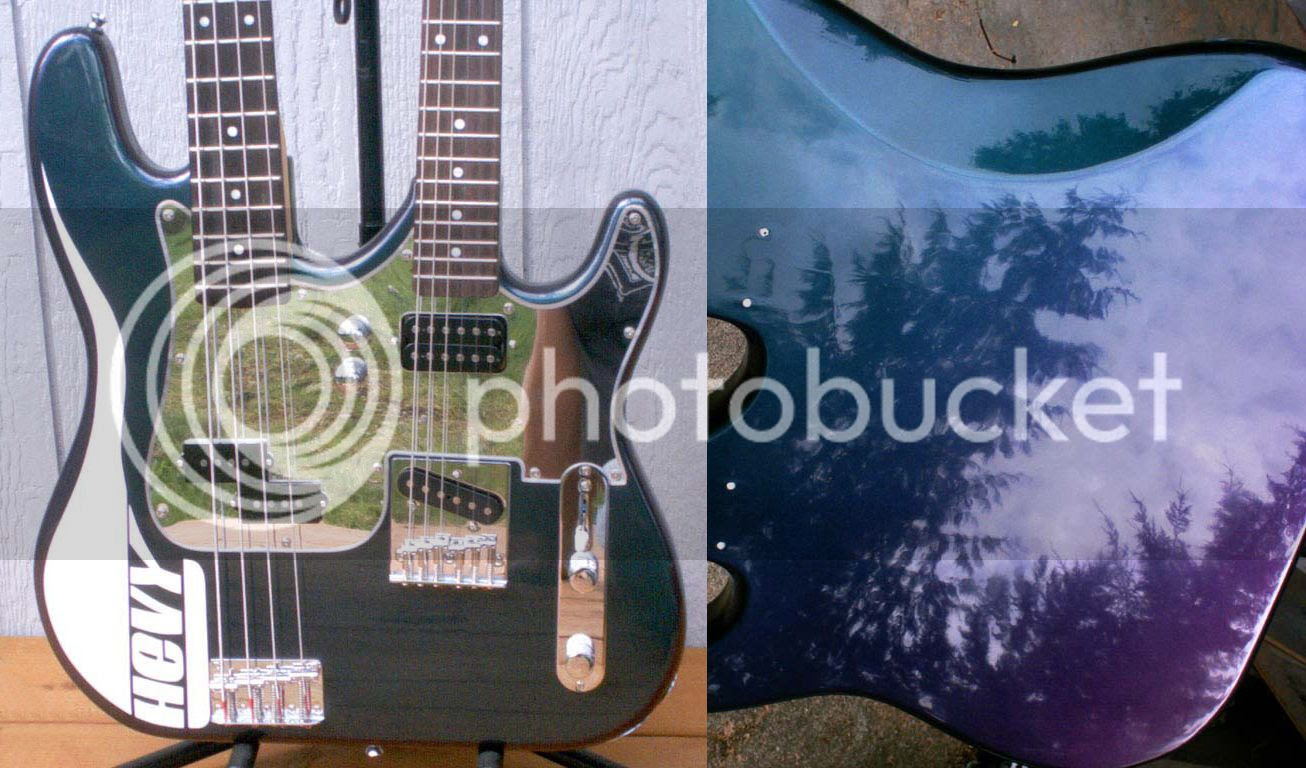 Thanks for sharing this with us, Jim.