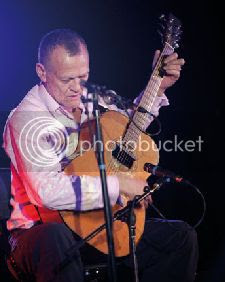 The legendary and sadly departed folk musician Davy Graham was a highly-innovative guitarist and is often cited as the originator of the DADGAD tuning. I remember seeing him playing a very low-key gig in Oxford circa 1989/1990 and it was a very intriguing, if eccentric, performance. He was using a nylon-strung guitar, and I recall him playing some eastern-sounding sitar-like pieces, and with a lot of tuning changes between songs.

Now one of his guitars from his later musical career is being auctioned off for charity. The following is a press release with all the details:

This was one of two guitars made by Fylde in 2005 for Davy to aid his return to professional performance after years of obscurity. Prior to owning this instrument he had been without a steel strung guitar having suffered a break-in at his home that left him without any quality instruments for some years.

This guitar was used for live performances and for recording between 2005 and 2007. It can be heard on “Broken Biscuits” his final album. The guitar is complete with Davy’s own guitar strap and letters of authenticity from Davy’s manager and from Fylde Guitars. It also includes a number of photographs of Davy playing the guitar in different situations and a CD of three tunes recorded on the Falstaff and not released elsewhere. 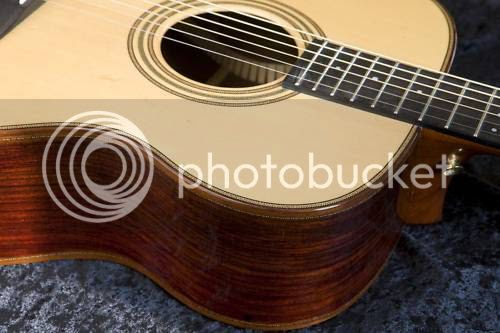 The guitar has been re-fretted and set up by Fylde especially for this auction, and is fitted with a Headway FEQ pickup. There is some pick wear on the soundboard, and three dents which were caused when Davey knocked over a microphone stand in the studio. These dents have been sealed and partly filled by Fylde. None of this detracts from the guitar, which is otherwise in excellent condition.

The new retail price of the guitar is £2595 plus the pickup at £220, making a total package worth £2815 when new. It is a unique chance to own a historic guitar and could easily be valued at a much higher price. For someone looking for a second hand Falstaff, this guitar comes with the priceless added value of its history and previous owner. For someone thinking of buying a new guitar, this is an excellent alternative, a chance to acquire a piece of history that has been owned and played in by an icon of acoustic guitar playing

All the proceeds from this auction will go to charity, split between the Vaughan Williams Library at Cecil Sharp House, and the Local branch of “MIND”. Both of which were important in Davy’s life. If the sale realises more than the expected amount, other charities may be included in line with Davy’s interests.