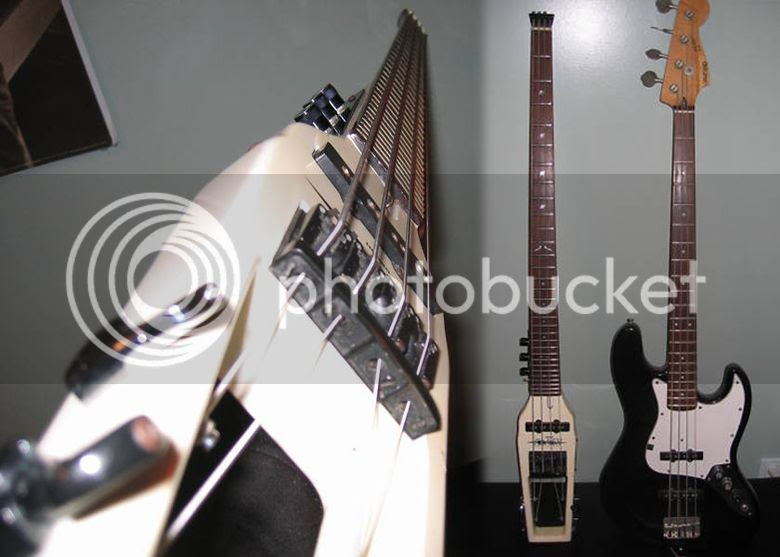 Hondo guitars don't have the best of reputations. Those that remember their poorly executed copies of Gibson and Fender designs recall them with a shudder and rarely have a good word to say about them. In the early 1980s Hondo brought in luthier Harry Fleishman as a design consultant, and together they came up with this, the Hondo Flash Bass.

It has the appearance of being all neck. Indeed, the fretboard sports 30 frets (unless I miscounted) and I think you can safely say that access to the upper frets is unhindered. The volume and tone controls are mounted on the upper edge (reminiscent of the LaBaye 2x4) and the Hondo/Fleishman team have come up with quite an elegant solution to the problem of where to locate the tuners. The bass has a single J-style pickup and allegedly a piezo pickup system too.

The seller keeps referring to it as a "travel guitar", but you'll see in the photo of it next to a Jazz-esque Bass that it's about the same length. The length subtracted from the head has simply been added behind the bridge. However, if you're talking body mass, then yes, it's a lot smaller but it's still going to have to fit inside a lengthy case or gig bag.