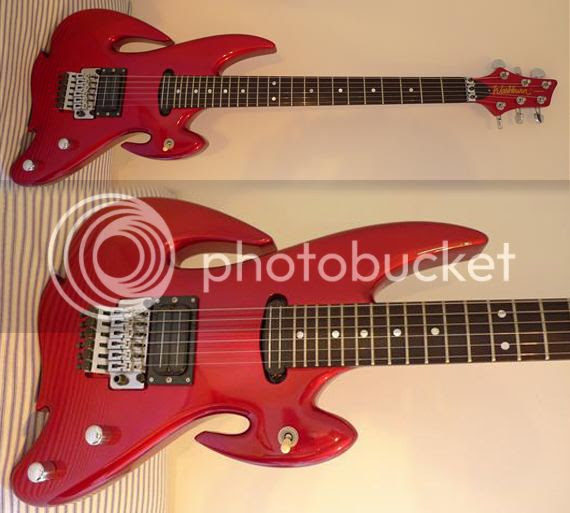 Yes, I appreciate that this Washburn Mouradian guitar is a rare "one-of-a-kind" prototype model.

I appreciate also that it belonged to Nuno Bettencourt and is the actual guitar that he played it with Extreme at the Freddie Mercury tribute concert in 1992.

You're having a laugh?

Thanks to Jono for bringing this guitar to our attention. As he says, "You gotta wonder where they pull out those prices from and more importantly, who the hell buys this stuff?"

I've got nothing against Mr Bettencourt, who is a fine guitarist, but I wouldn't have thought he was the kind of guy whose personal instruments commanded those kind of big bucks. That asking price is not quite in Hendrix/Beatles/Elvis territory, but it's close.

Guitarz - The Original Guitar Blog - now in its 9th year!
Posted by Gavin Lloyd Wilson at 10:12 am