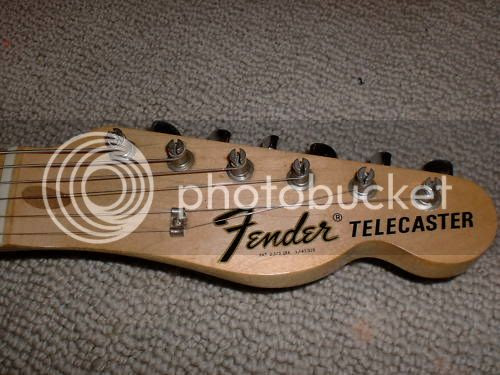 But, really, how difficult is it to string up a Fender Telecaster especially one like this example with the slotted machine heads? I mean, that is going to be so confusing.

It's bad enough when people put the string around the wrong side of the tuner so you have to turn the head in the opposite direction from usual when tuning but to transpose two different strings is almost laughable. If I was that eBay seller I would have been ashamed to even show this photo. Having seen this, I don't think I could trust his claim that this is (even in part) a 1968 example of a paisley Tele rather than a later Japanese reissue.