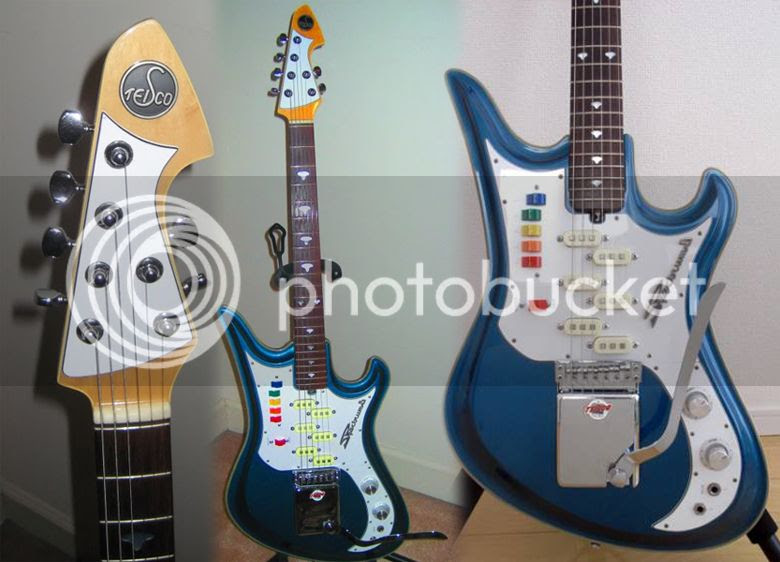 For some reason I could have sworn that we'd previously featured the Teisco Spectrum 5 on Guitarz, but I cannot find it in the archives. (Hey, I've been doing this since 2002 before there were any other Guitar Blogs. I can't remember everything I've posted.)

But even if I have posted it before, the Spectrum 5 is worth looking at again. It looks typically Teisco (if anything Teisco produced could be said to be "typical"), the metallic blue-finished body having a German carve around its top. It's an aptly-named guitar for the split pickups allow for a spectrum of sound combinations, which is something the manufacturers kindly illustrated for us with the coloured pickup selectors.

This example looks to be in very good condition with all parts, e.g. trem, all present and correct. The Buy It Now of US $2,399.00 is further evidence that these cheesy old guitars from the 1960s are becoming both collectable and desireable.