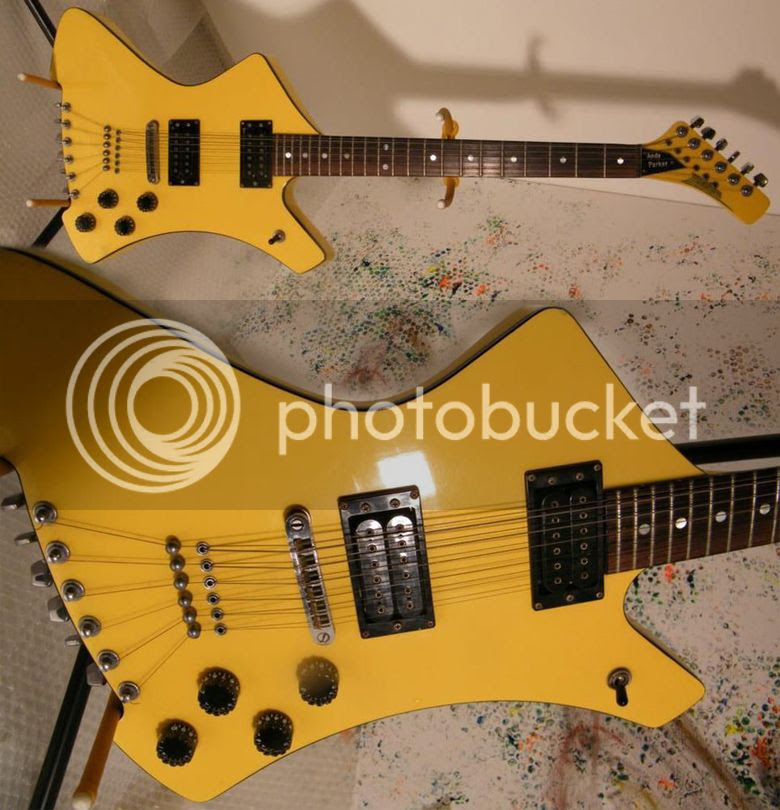 This is the first in a short sequence of blog posts about electric 12-strings, as found recently on eBay by Jaimie Muehlhausen from The Ones That Got Away blog.

To start us off, we have this prototype Washburn "Andy Parker" model. Jaimie comments:


Not sure what the hell this prototype was...I know I’ve seen some high-end acoustics with this fanned string/bridge thing before...

I think Jaimie must be referring to acoustics made by Babicz, on which the strings fan out on the top behind the bridge. The difference on this Washburn is that these are the 2nd strings in courses on a twelve string and are fanning out to meet tuners at the base of the guitar body. I'm pretty sure this guitar, although supposedly a prototype, did end us as a production model because I have certainly seen one in the flesh even before.

I quite like the squared-off Explorer stylings, although for me the headstock shape doesn't quite work. I'm not sure in practice how user-friendly it would be to have six strings tuned at the head and six tuned at the body end. It also brings to mind the tuning arrangement on the B.C. Rich Bich 10-string.