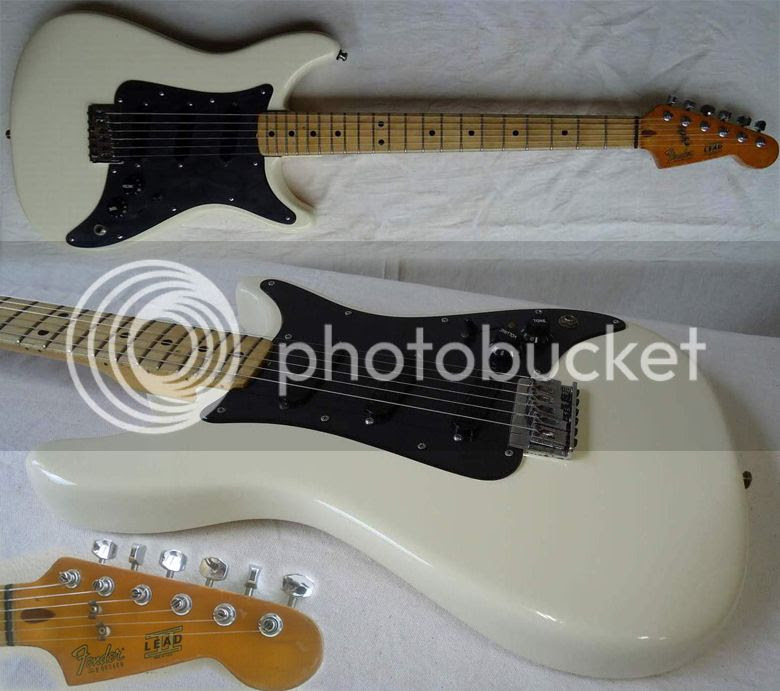 
"...thats my 1980 Fender Lead II refinished with Fender Lace Sensor Gold vintage pickups. 'She' was refinished by a friend, a Brazilian luthier called Corellio Rosa, one young genius. Originally was translucent red, but when I bought was metallic blue... terrible. The body is Ash and has a solid maple neck."

Thanks for letting us see your guitar, Ivo. It's good to see some more of these "forgotten" Fenders. The Lead series were produced at Fender's Fullerton, California plant from 1979 through to 1982, and - as Fender's "budget" range instruments - were superseded by the Fender Squier JV series made in Japan, which sadly meant more Strats and more Teles and less "new" designs from Fender.

The Lead series comprised three models. The Lead I had a single humbucker in the bridge position whilst the Lead II had two single coils (Ivo's Lead II as seen here has been upgraded with three pickups). The Lead III model with two humbuckers made a brief appearance in the series' final year of production.

Guitarz - The Original Guitar Blog - now in its 9th year!
Posted by Gavin Lloyd Wilson at 11:55 am