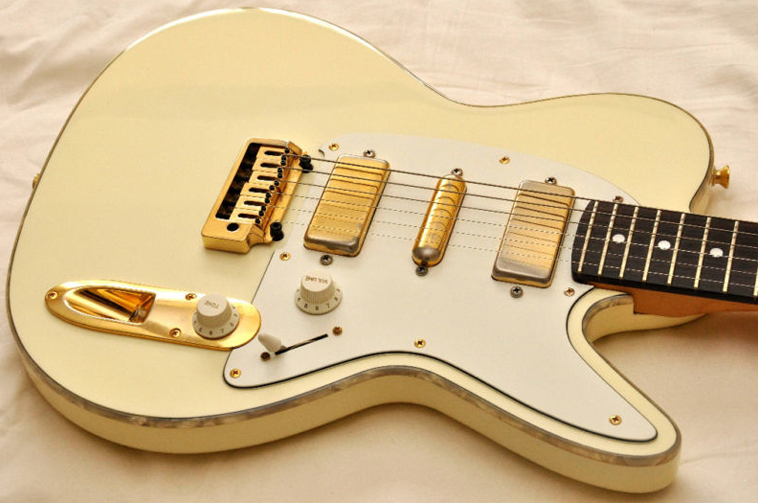 The Ibanez Talman is a typical example of a series of great guitars that didn't find their players - between 1994 and 1998 several varations of the Talman were released, with different designs, woods (including a composite wood known as Resoncast), and pickups (humbuckers, minibuckers, lipsticks, P90s and different combinations), then the model disappeared, I feel, before anybody even had the time to notice that Ibanez could do something else than JEMs.
This beautiful Ibanez Talman TV650 seems to be a poly-hybrid - the body and the pickguard merge Telecaster and Firebird designs, with a typically Japanese long lower horn, the pickups are two mini humbuckers and a lipstick in central position, a rare but quite logic combination, the knobs and the switch come directly from a stratocaster but the control/jack plate that belongs to the Talman but fuse Tele and Strat gear in a genius strike.
I'm usually not a fan of golden gear but there it fits perfectly the the cream finish of the Resoncast body and the perloid binding. It's a superb instrument and it's a pity that it's been discontinued so quickly, it had the potential of a classic - we need news classics, the old ones are tired and boring.
Look at another Talman here. 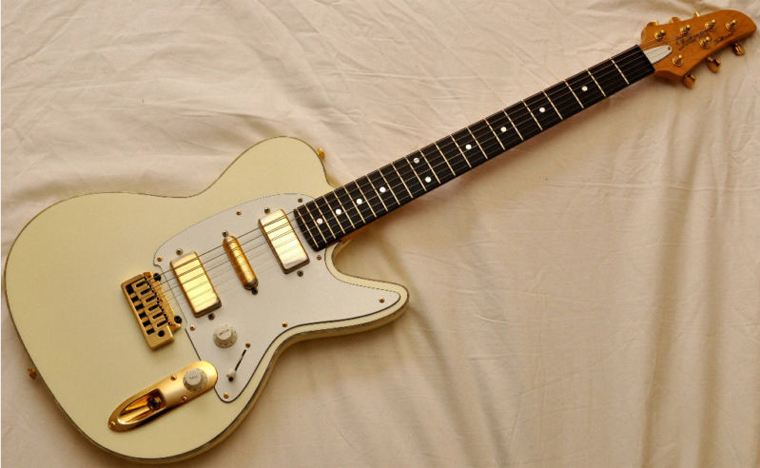 Guitarz - The Original Guitar Blog - now in its 9th year!
Posted by bertram at 11:44 am