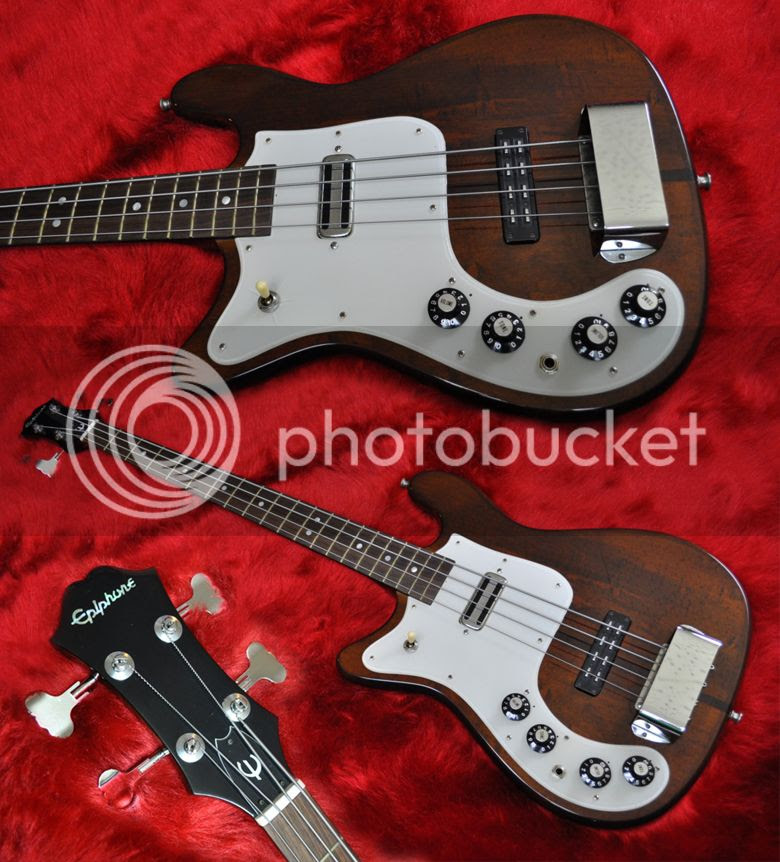 I can't help it. I just find myself becoming a tad snobbish when it comes to Epiphone guitars. Well, that is to say, modern Epiphone guitars. I think I resent that they've become to Gibson what Squier is to Fender. They used to have plenty of their own classic designs but now they are playing second fiddle to Gibson. Somehow that irritates me.

But I do love some of Epiphone's older designs from the days when they didn't slavishly copy Gibson. I've aleady mentioned the Scroll guitar and Double Scroll bass. Epiphone Newport basses have been around since 1961 with a few cosmetic changes over the years and here we see a Japanese-made left-handed Epiphone Newport bass from the late 1970s/early 1980s in superb condition. The finish shows off what looks to be a mahogany body perfectly - but apparently it's maple. And if you look at the back you'll see that it's of through-neck construction (maple and rosewood), but is nicely understated unlike all those 1980s basses with contrasting timbers.

I'm not 100% sure about this, but I'd say this was a medium-scale length bass. It doesn't look to be a full long-scale and the bridge is set at the very end of the body unlike on most short-scales. If anyone can confirm this, please leave us a comment.