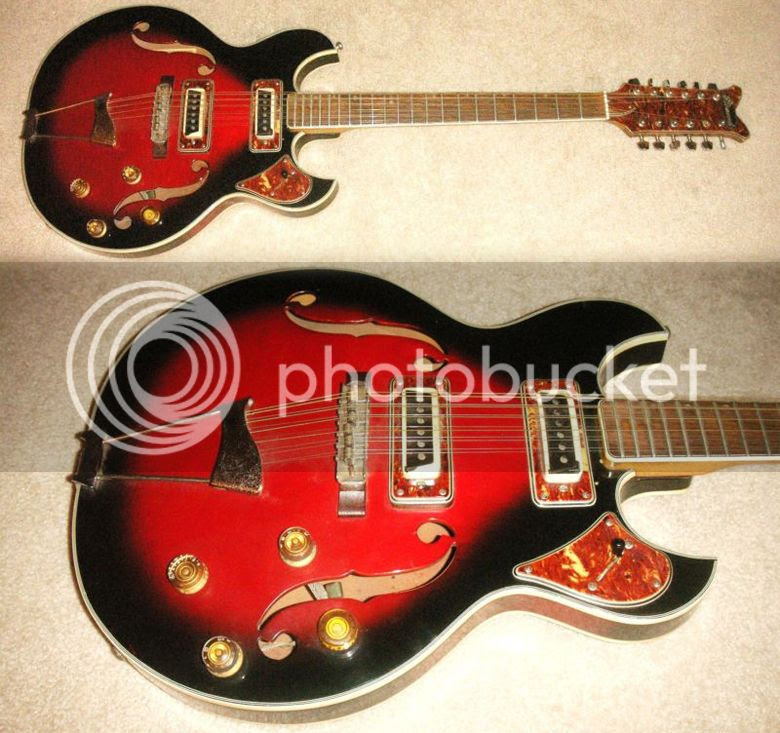 The 4th of our electric 12-string guitars as chosen by The Ones That Got Away's Jaimie Muehlhausen is this rather attractive Aria Diamond semi. It's most likely inspired by the Gibson 335, but features double Florentine cutaways rather than the Venetian cutaways of the 335 design. It's also a bolt-on neck design as is common with most Japanese guitars from the 1960s.


...weird how the control knobs are on either side of the F-hole...

I suppose if you have two volumes and two tones they've got to go somewhere.