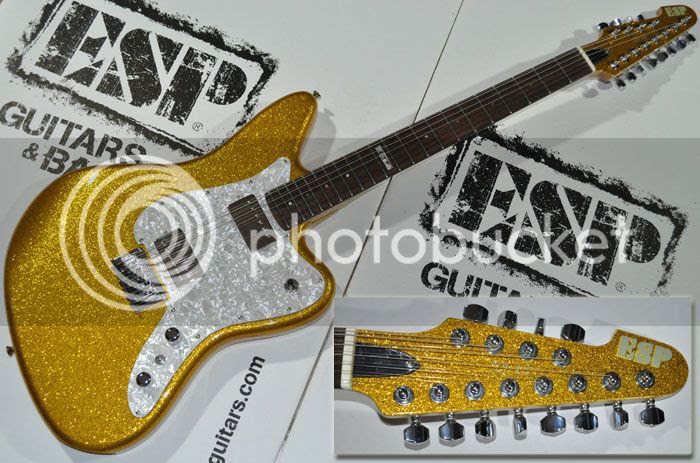 I started the month with a series of Electric 12-string guitars, and today would like to show you yet another example from more recent years. It's an ESP XJ-12 built in ESP's Japanese custom shop circa 2003 for the Japanese market. According to the listing on eBay, these guitars were sold in Japan at 200,000 Yen in 2003 (about $2,400).

The style is obviously Jazzmaster/Jaguar influenced; in fact it reminds me of Hohner's professional Hollywood series of several years ago. The headstock with its 4+8 tuner arrangement is an unusual but attractive feature.

This seller has several of these in different finishes; I found the gold sparkle edition, pictured above, particularly eye-catching. In the photo of the translucent green XJ-12 below we can see another interesting little detail in the Strat-type output socket inset into the edge of the guitar - especially useful if you like to have your guitar lead angled upwards and tucked behind your guitar strap. 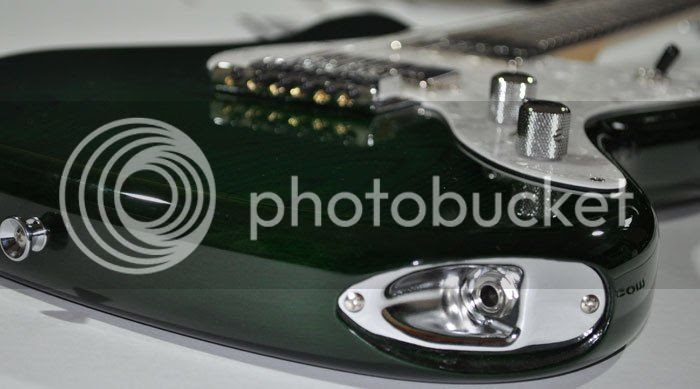