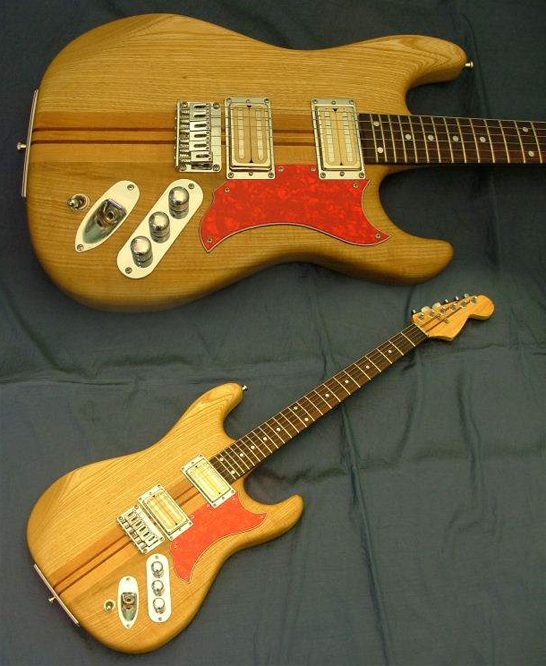 If the 1960s have been the time of wild creativity for Japanese guitars and the 1970s radically the contrary - the law-suit era when Japanese companies released copies of the US guitars better than the originals, the 1980s seem to have been the time of solid no-nonsense guitars that would allow Japan to establish a strong base for the coming (and profitable) metal era.
It's the case for this guitar of unknown brand - unknown because it's been strongly retrofitted.  The removal of the lack finish reveals the neck-through construction of the strat-like ash body - everything else is replacement: the GFS power rail humbuckers, the SG-style pickguard, the kind of tele knob plate next to the strat jack input...
For some reason I like this modest guitar - nothing like the extravagances I usually favor, maybe because it reminds me somehow of my good old Kawai Aquarius...
Bertram

Guitarz - The Original Guitar Blog - now in its 9th year!
Posted by bertram at 1:42 am