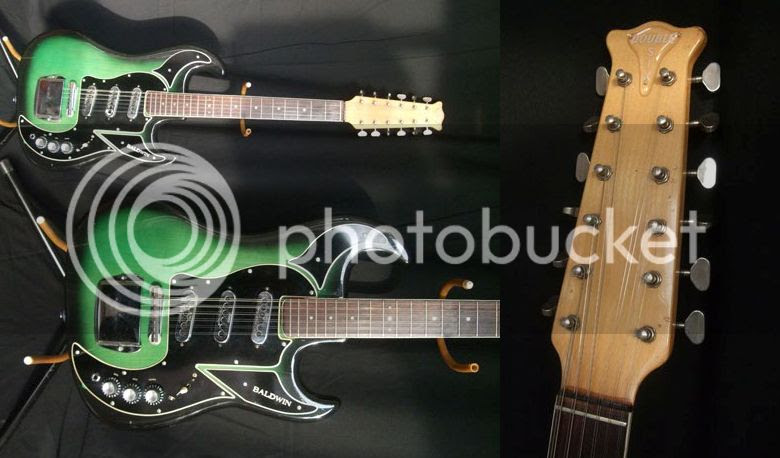 Here's our third electric 12-string of the day. Jaimie says:


I guess Baldwins aren’t that crazy, but the green burst always gives them a slightly off-kilter look to me...

Of course, most of us would recognize this Baldwin Double Six electric XII in greenburst as being a Burns guitar, the Baldwin name having been applied following the sale of Burns London Ltd to the Baldwin Piano and Organ Company of Cincinnati in 1965. This particular example is from 1966-67.

Baldwin/Burns guitars lasted until 1970 when the Baldwin company terminated the range.