Conrad/Crown Bass VI (or baritone guitar if you prefer) 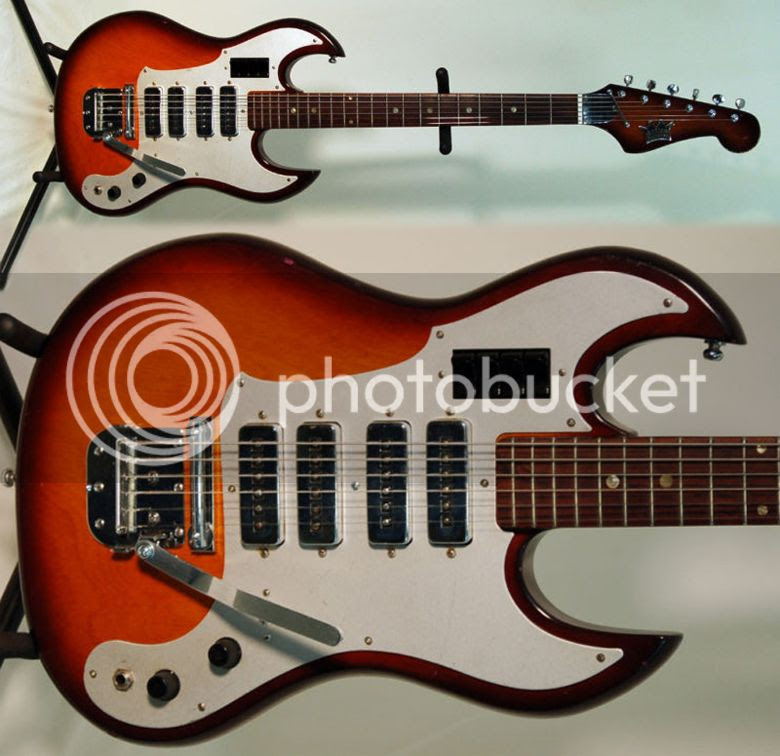 One of the many things I've been learning from the years of compiling this blog is that there were a lot more companies producing Bass VI guitars in the 1960s than just Fender and Danelectro.

This particular Japanese-made example from 1965 bears the Crown brand insignia on the headstock, although the seller (lawman-mike - who certainly seems to know his stuff) tells us that it is a Conrad. It has a 27" scale length, four pickups with attendant rocker switches, a whammy bar (which looks to be all present and correct, and big pointy body horns that you might expect to see on a Burns.

He does, however, refer to it as a baritone guitar and says that: "They are tuned B to B instead of E to E". Well, that's all dependent on the strings you use. It almost certainly would have been strung E to E originally. (Unless you know differently.)

Guitarz - The Original Guitar Blog - now in its 9th year!
Posted by Gavin Lloyd Wilson at 11:43 am