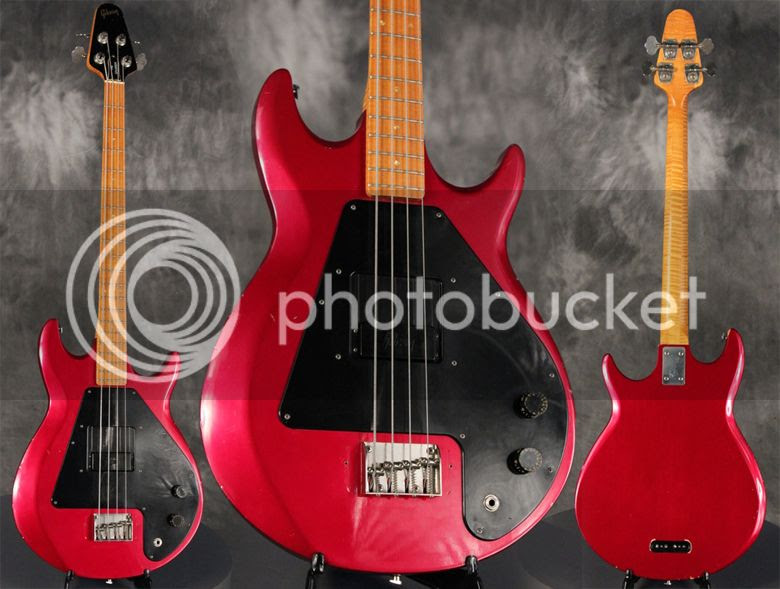 The Gibson Grabber was initially introduced in 1973 replacing the SG-styled EB0 as Gibson's entry-level bass guitar. It was a sibling to the Gibson Ripper bass, but differed in having a bolt-on neck with a Flying V-type headstock, simpler electronics and a single sliding pickup. The name "Grabber" refers to the pickup which can be grabbed by the player and repositioned so as to effect a tonal change.

However, the pickup does not seem to have a lot of travel and a look "under the hood" (as it were) shows why. You'll see that the pickup is mounted on a plate beneath the main pickguard - I'm guessing ostensibly for aesthetic reasons so as not to reveal the cavity beneath, pickup wires, etc - but this means that the pickup movement is restricted by the space in which the much larger plate has to move. 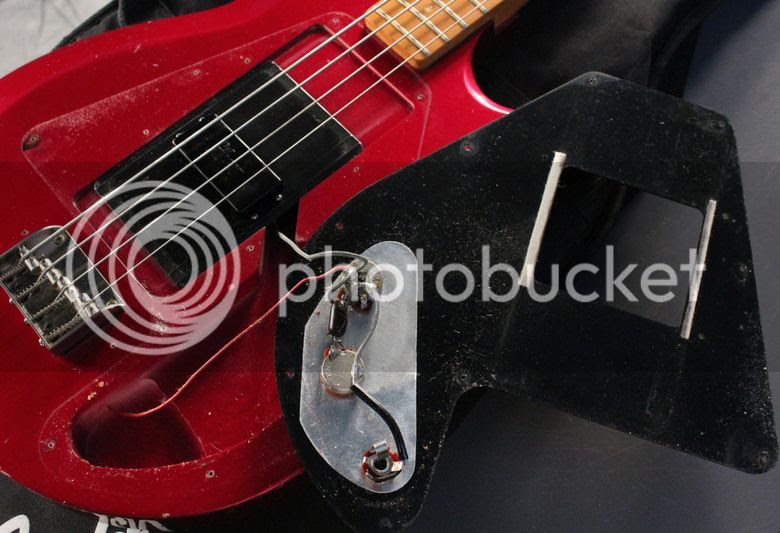 Nevertheless it is still a very interesting instrument. However, possibly the most interesting feature of the pictured example (currently listed on eBay with a Buy It Now price of $1,490) is the rarely seen Candy Apple Red finish. The Grabber was more commonly seen in Natural or Black finishes, but some examples were made in White and in "Wine Red" (which I believe this is - technically speaking, "Candy Apple Red" is actually a Fender name).

This Gibson Grabber is from 1982 which was the penultimate year of the model's production, and which means that the body would have been made from Alder; earlier examples were much heavier being made from Maple.