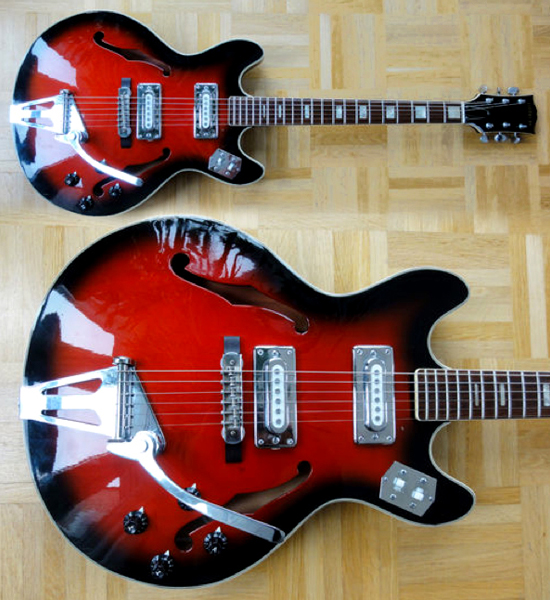 I know very little about Lindberg guitars - it was a German brand from the 1950s to the 1970s that didn't make their guitars but had them build by various luthiers in Germany and Japan (including Matsumoku)(note that it was not so current to have vintage German instruments made in Japan).

Hence Lindberg apparently didn't have original models but mostly copies of Höfners or Hoyers (but to be honest I didn't see many) - and they also used gear seen on many brands German of the time.

They still seem to have a good reputation - Elvis Presley is said to have used one when in Germany - but I'm always suspicious about unchecked praises of vintage guitars!

This one looks quite cool though, and I love the single coil pickups in huge chrome rings.