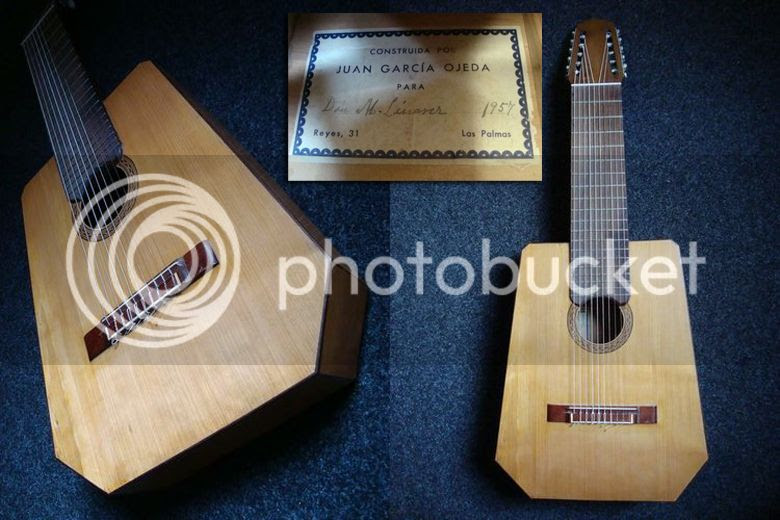 I do hope that this 10-string classical guitar does not sound as boxy as it looks. According to the information on the label inside the soundhole it was built by Juan Garcia Ojeda in Las Palmas Spain in 1957. I have to wonder if perhaps he was an apprentice luthier at the time because the construction methods with the straight-edged sides and the flat neck profile make for a much simpler design than the classically-shaped classical guitar. It looks like something inspired by the Cubism art movement of the early 20th Century. I wonder also how well this shape would work for a seated classical guitarist. 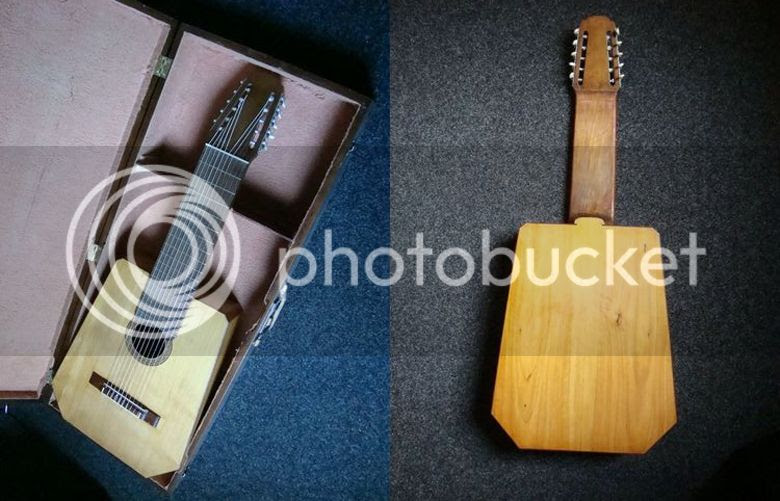 10-string classical guitars can be considered as a form of harp guitar, in that despite all 10-strings being on the same fully-fretted neck, the additional four strings are sub basses and intended to be played as open strings rather and are not fretted with the left hand. I'm not saying that this isn't possible with the correct tuning and piece of music, but that music written for 10-string classical guitar has always dictated that the sub-basses are played open.

This guitar is currently being offered for sale on eBay UK with a Buy It Now price of £550.