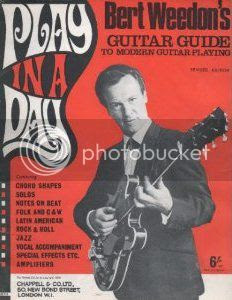 Legendary British guitarist Bert Weedon has died, aged 93. His influence on more than a whole generation of guitarists cannot be over-stated. To many - in the United Kingdom at least - the guitar was almost unknown before he helped to popularize it, and his legendary "Play In A Day" instruction books were used by the likes of Brian May, Paul McCartney, George Harrison and Eric Clapton.