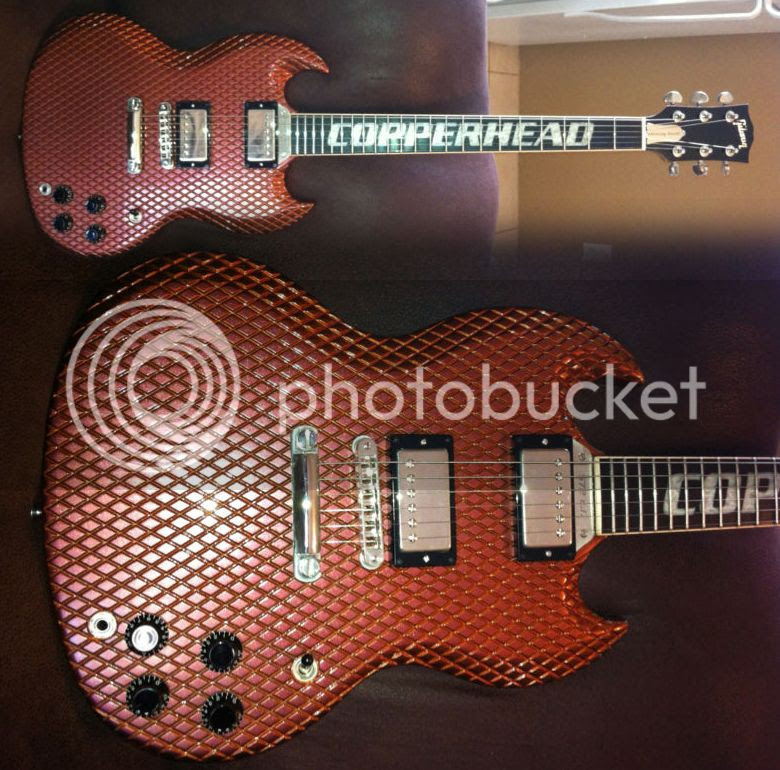 Forget gold tops, how about this stunning Gibson SG Copperhead from the Gibson Custom Shop. As another example of the link between cars and guitars, it was inspired by a hotrod built by Stacey David, who says:


The Copperhead SG was the second Guitar that I did with the Gibson Custom Shop. It was built to go with a 1967 Chevy c-10 pickup that I built using the very first, pre-production 572ci Chevy Crate engine. The guys at Gibson wanted to be a little more creative with this guitar so they carved the face of the body with a very cool, snake-like scale look. The name Copperhead was set in the neck with mother of pearl, a small badge that reads "572 ci" is mounted at the base of the neck, and the whole guitar is painted in the custom PPG Copperhead metallic paint that we developed for the project. [...] there was a limited number of 25 of these slated to be built, but I don’t know how many Gibson actually built.

This guitar is currently listed on eBay with a starting price of $1,000, although there is a reserve, but if you really have to snap it up now there's also a Buy It Now price of $10,250.