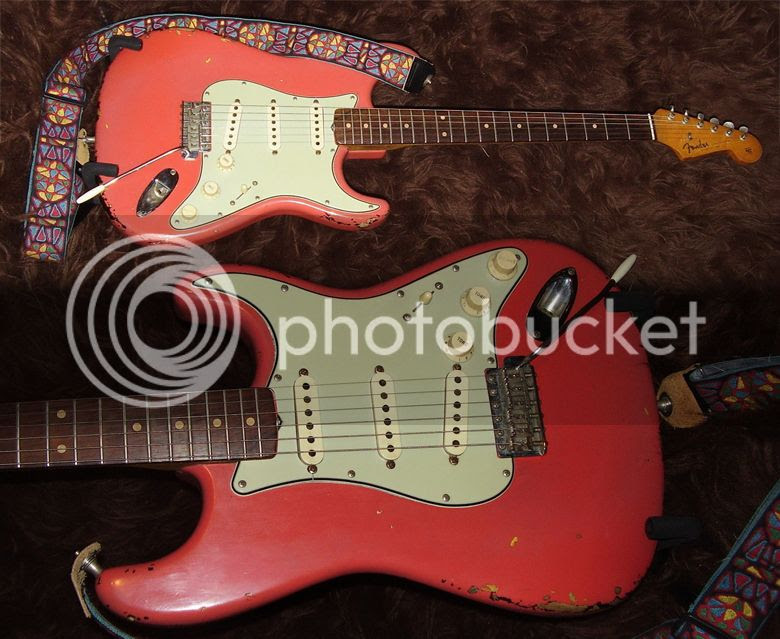 Gef has emailed to tell about his Fender Strat, a guitar with a history having had a famous owner:


This guitar is a Fender Stratocaster from 1963 and was one of Mike Oldfield’s favourite guitars. He bought it in 1984 and sold it in December 2007. He used it on 15 albums during this era, the most famous one being "Tubular Bells II" and he used this guitar during the great World Premiere of this album in Edinburgh in 1992.
He used it for the very last time in Antwerp during the rehearsals of The Night of the Proms in 2006. Unfortunately, he didn’t play it during the concerts in Germany. It was the last time we saw Mike Oldfield with this wonderful guitar.
Mike has often said that this guitar “was his favourite one” alongside another, his current PRS 24. 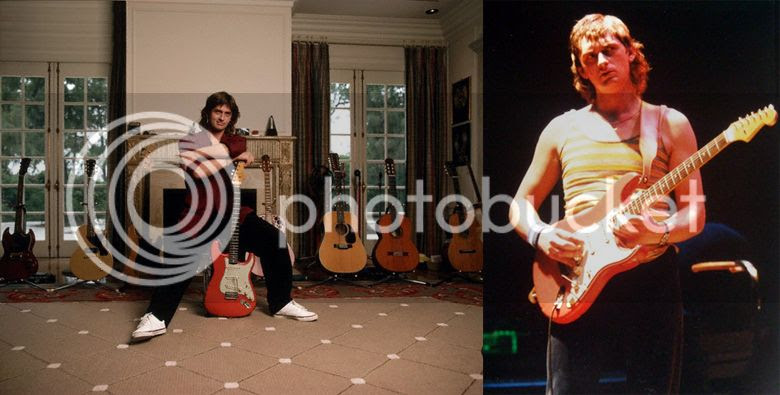 Thanks for that! It's good to know that this guitar is still being cherished.

If any other readers have a guitar with a story to tell, please do get in touch!