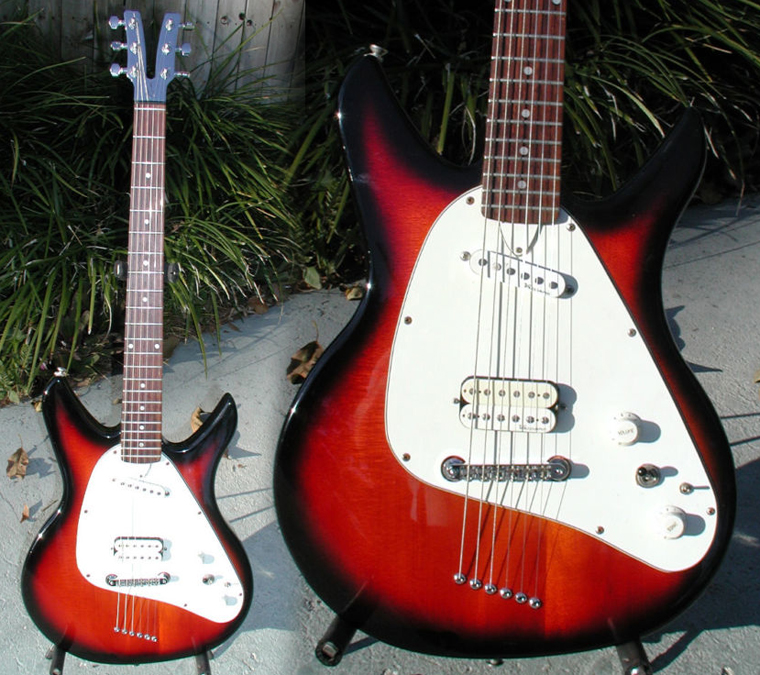 You probably think that you've seen the characteristic V-shaped metallic headstock of this Vaccaro X-Ray V2 before - you're right, that's the Kramer one, from the time - back in the 1970s - they were making alu neck guitars. Mr Vaccaro is actually one of the founders of Kramer Guitars, and together with his son bought the patent for the necks and headstocks after Kramer crushed, and after upgrading them created the eponymous but short-lived company that released this guitar.
Bertram

Guitarz - The Original Guitar Blog - now in its 10th year!
Posted by bertram at 1:20 am