The truth about the Tantra Suryah guitar 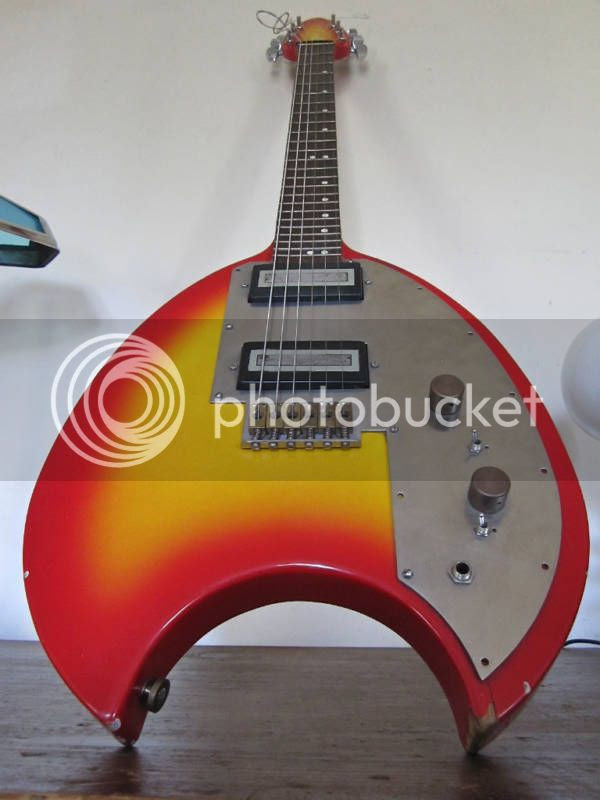 Here's a follow-up to last September's blog post about the Tantra Suryah guitar. The following email should explain all:


I saw this guitar on "guitarz" and since I'm trying to send you some words about it.

My name is Hervé Le Garsmeur, Iive in Britanny and was one of the founders of "Tantra guitars". At the very beginning Tantra was a rock band that decided to build its own guitars and P.A equipment. We ended by building a little factory in Bréhant-Loudéac (Morbihan). We worked very hard during 3 years (1 for settling down and designing the guitars an 2 to product them) and had to quit in 1984 (thanks George Orwell!) because being very young at that time (the youngest was 19 , the oldest 23) we had some difficulties to find a bank that would follow us. We sold a little les than a hundred insruments so they are very rare and I'm glad to see that some of them survived.

The model "Suryah" presented on "guitarz" is one of the first we ever made. Suryah means "the sun" and the first idea is an egg shape (very symbolic). Those "beasts" were made to last forever. I've got one of those at home and I play it daily since all these years and it's still a very reliable and sounding instrument. Body and neck are carved in the same piece of very old oak (yes!) reinforced by a central piece of amarante (very hard wood from Brazil). The fretboard is also in amarante that turned from purple to brown with time. The pickguard is in stainless steel (cut with a laser) and NOT ALUMINIUM.

Pickups are home made (Huge alnico 12 wrapped with 10 000 turns of thread) we wanted very large single coils. It explains the steel pickguard that shields perfectly the electronic devices. It's indeed a very quiet instrument when plugged.No truss rod in the neck, just a hollow square stainless steel bar all through very much like old Martins.

There's a true connection with singer Johnny Halliday as we made him a special model (axe shape) for his show "Le survivant" at "Le palais des sports" in Paris 1982. This guitar in by now on sale for about 10 000€. You can see it on internet if you type "Johnny Halliday guitare tantra". We also made electric harps for Alan Stivell and many other strange instruments.

Thanks for the information, Hervé. It's very much appreciated.

Guitarz - The Original Guitar Blog - now in its 10th year!
Posted by Gavin Lloyd Wilson at 12:01 am