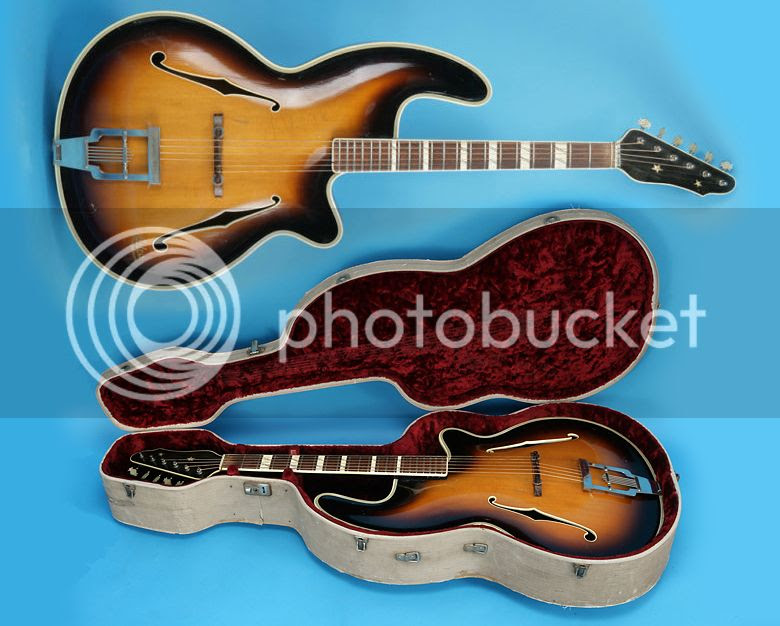 In 1957 with the launch of Sputnik 1, the first man-made satellite to orbit our planet, the world entered what has become known as the Space Age. Around this time futuristic design became all the rage and was evident in everything from household appliances to cars.
This post originates at http://guitarz.blogspot.com - beware of those damned scraper blogs!
Here we see a futuristic jazz guitar design from 1958, the Astro Meister built in Nuremburg by Arthur Strohmer. Did you ever see an upper body horn as large as that? It's not so much a cutaway as an add-on! I can't help wondering if the Fender Stratocaster, launched in 1954 when it must have looked like something from Outer Space compared to other guitars, was an influence here.

The seller believes it may be a one-of-a-kind instrument, and is offering it for sale on eBay with a Buy It Now price of $3,950.