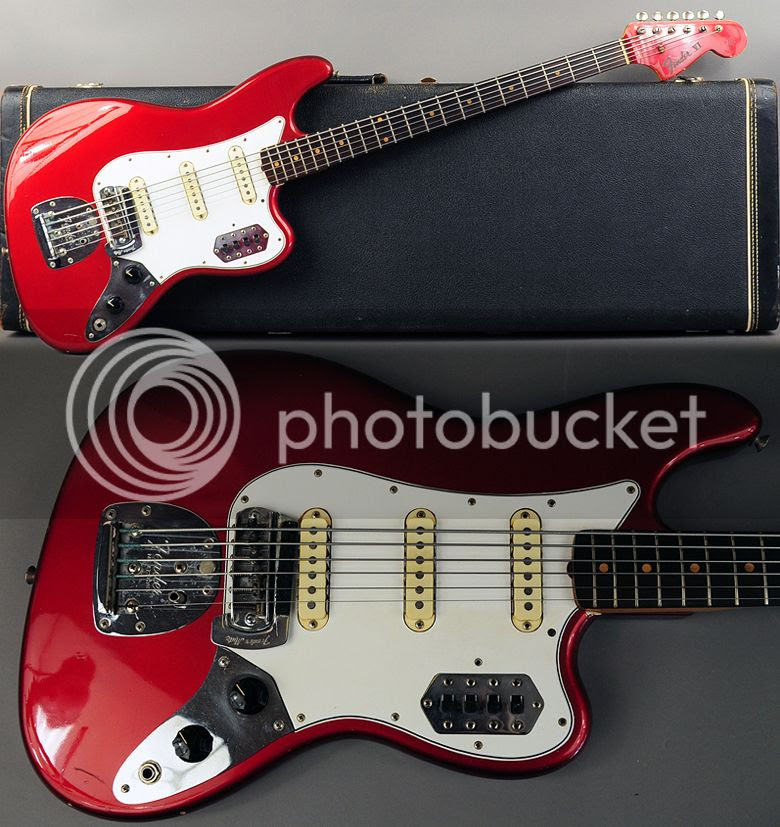 Here's an original Fender Bass VI in glorious condition - like a natural relic - but the candy apple red finish must be as vibrant as when the guitar was new in 1963. The Bass VI first went into production just two years before, in 1961, although it wasn't the first six-string bass; Danelectro got there first in 1956. The body design is somewhere between a Stratocaster and a Jazzmaster. The Jaguar, with which the Bass VI shares similar electonics, wasn't introduced until 1962.

With a 30" scale, it was designed to be tuned as per a regular six-string guitar but tuned down an entire octave so that it covered the bass range. The result was a hybrid guitar/bass - a bass in guitar format. It even came with a tremolo arm.

The four switches on this example are three pickup on/off selectors plus a "strangle" switch for bass cut.

This particular example is currently being offered for sale with a whopping Buy It Now price of $15,995.