In 1963, Ernst Zacharias, the musical and engineering genius behind Hohner's many electro-acoustic creations in the 1960s  - including the Clavinet made famous by Stevie Wonder on Superstition - anticipated electric guitar's quick obsolescence and proposed the Guitaret, an amplified lamellophone - aka a thumb piano - to replace it.
For some reasons, it went out of production two years later, but some of these intriguing instruments survived and are still used by some musicians - the most notorious being Warren Ellis whose sense of coolness when it comes  to music instruments is highly appreciated at Guitarz.
You will find here a video demo of the Guitaret that shows how surprisingly playable it is - but something tells me that Jimi Hendrix may not have found it so exciting as a guitar... 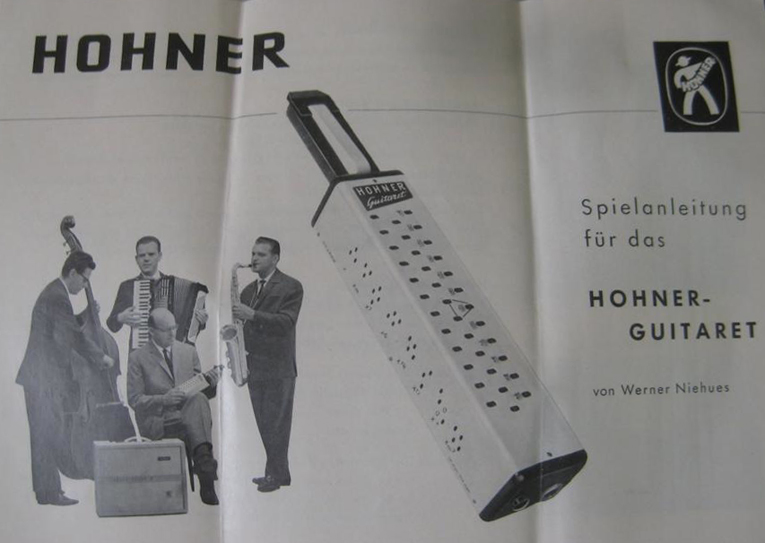