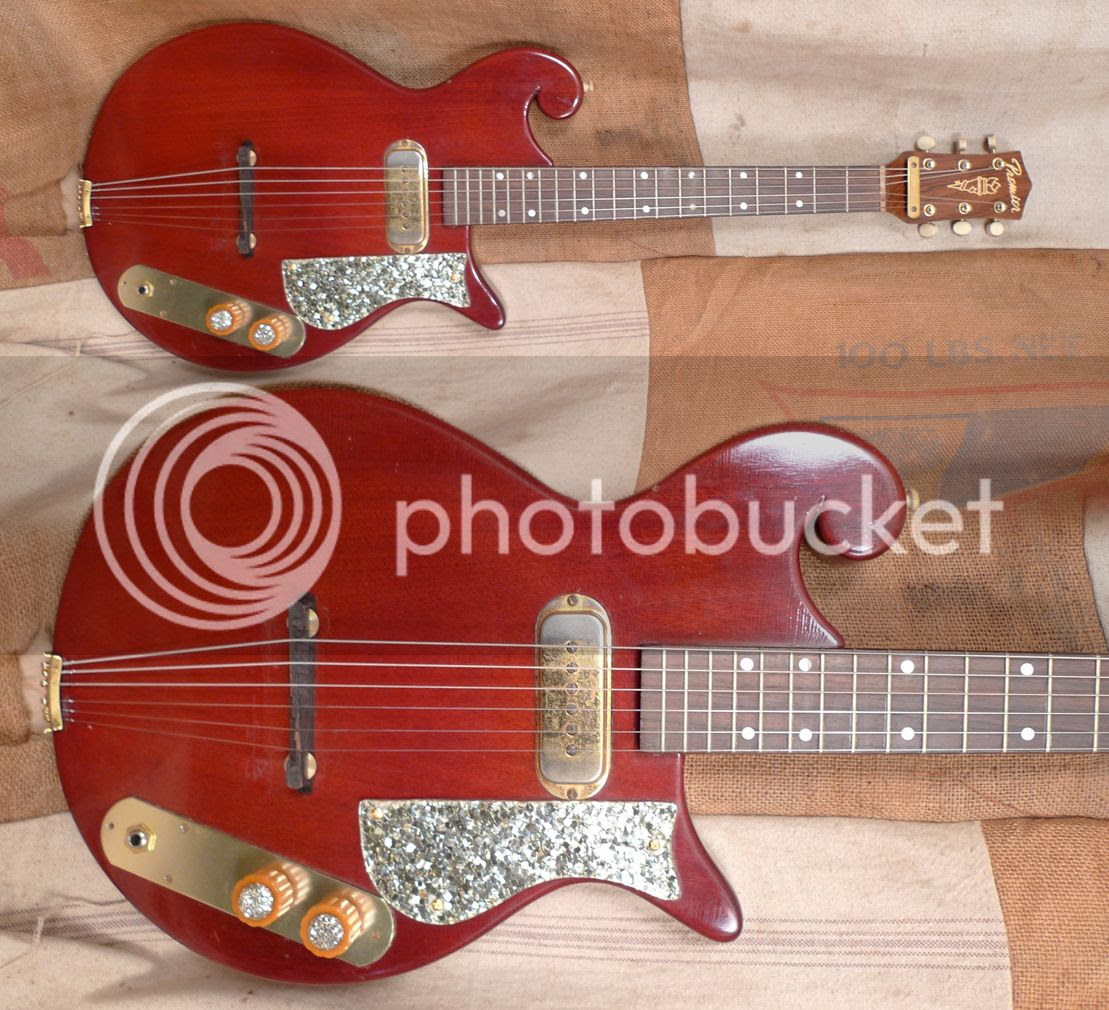 Here's another vintage slab-bodied bolt-on neck guitar (we seem to be looking at a few of these here on Guitarz recently - that's Guitarz with a Z and not any other letter [just trying to confound the scraper blogs stealing our intellectual property]). Anyway, it's a Multivox Premier guitar, which the eBay seller tells us is from the 1960s. It looks as if the body styling with the scrolled upper horn was based on the popular mandolin shape. The tailpiece, by the way, is not original.

According to VintageSilvertones.com, "Multivox guitars were produced by Peter Sorkin Music Company. They were a New York City based business who produced amplifiers, guitars,and basses from 1938-1975 and again in the 1990s."