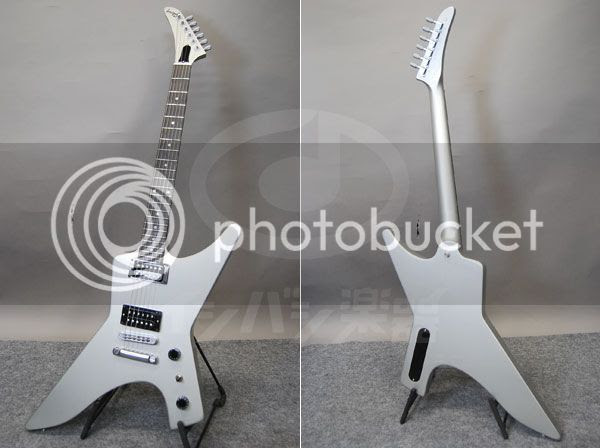 The Gibson Shark Fin, a limited edition of 1000 guitars from 2009, is essentially a modified Explorer. This example has just turned up on eBay with a Buy It Now price of $979.99.

Gibson claim that the Shark Fin is ergonomically designed when they say, "The swooping relief cuts that form the guitar's asymmetrical shape may appear to be placed at random but they've been carefully engineered for maximum balance in your hands." Personally, I think this is marketing department BS. I can't believe this was designed with ergonomics more uppermost in mind rather than aesthetics. That it balances well is most likely serendipity at work.