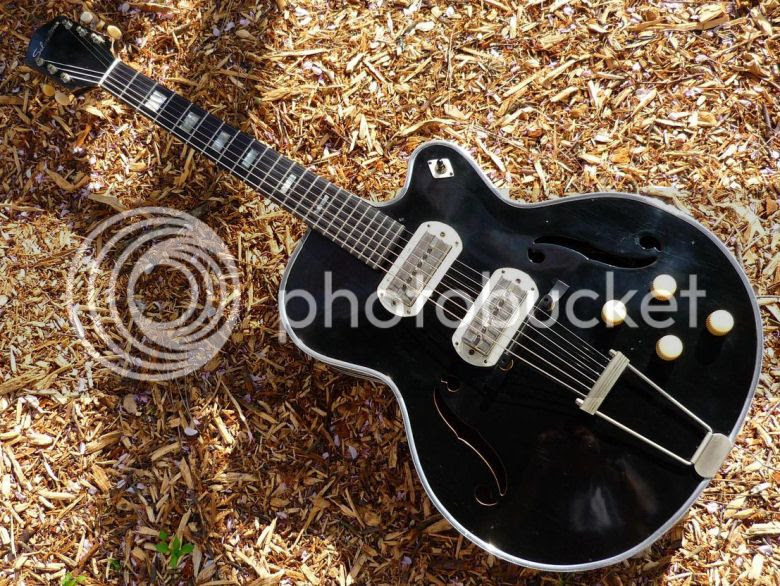 The American department store chain, Sears, Roebuck and Company (often referred to simply as Sears) had from 1915-1972 its own line of sound equipment. This included phonographs, radios, and musical instruments.
This post originates at http://guitarz.blogspot.com - beware of those damned scraper blogs!
Their guitars were inexpensive for the time, but were well-made and had their own distinctive vibe. Of course, there was no Silvertone guitar company, the instruments were made by Danelectro, Harmony, Kay, National and Teisco.

Here we see a Harmony-made Silvertone Espanada guitar from the early 1950s. This was one of the more upmarket guitars bearing the Silvertone brandname, it has Gibson P13 pickups and an unusual but interesting feature in having metal binding around the top.

Hear this model in action here:

Thanks to Dirk Lubbe for bringing this guitar to our attention.