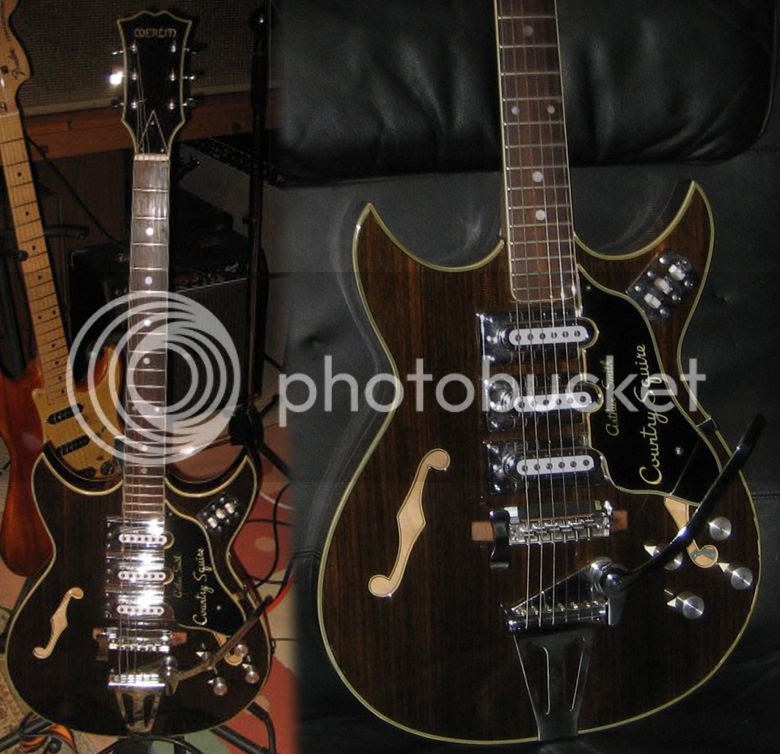 
I just picked up that same guitar, except it has a different pickguard (I'm thinking the white one [on the guitar we featured before] may be a replacement, maybe from the Greco), the pg on mine has semicircle cutouts that wrap around the curved bottoms of the single coil pickups - the material is black with cream binding, and it says "Arthur Smith" (in gold script) "Country Squire" (in Abalone script). Arthur Smith had a hit in the late forties with "Guitar Boogie", as early an example of rock n roll guitar that you will find. The model was distributed through Lowe's from '62 to '64 from what I've read and been told. I had thought the Merlins were made by Teisco but it's likely all the Greco/Teisco parts got interchanged.

Hey Jim, thanks for filling in another piece of the big jigsaw puzzle that is the history of the electric guitar!

As always, we want to see your guitars, and the more unusual they are, the better! (I think we've all got the measure of what Strats, Teles, Les Pauls, SGs, etc, are like by now, but if yours is an intriguing variation on a theme then it's still good!)